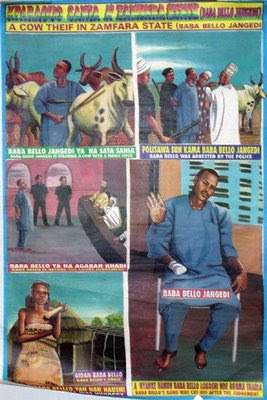 FrontPageMagazine skriver:
"Muslim Sharia courts have been operating
throughout England for more than a year.
This startling fact came as news to not a few
UK residents when the Sunday Times broke
the story last week. Officially called
“arbitration tribunals,” these courts already
have ruled on over 100 cases, including divorces,
financial disputes and domestic violence cases
– even though the latter is a criminal and not a
civil matter.
**
As such, they represent a worrying advance
for Islamic law into the heart of Europe.
According to the Times, the rulings of these courts
are now legally binding. Previously, their
judgments could not be enforced unless all parties
involved agreed to abide by them.
As of August 2007, however, “[r]ulings issued by
a network of five Sharia courts are enforceable
with the full power of the judicial system, through
the county courts or High Court.”
To match their growing authority, the courts
themselves are proliferating: Two more Sharia
courts are planned for Glasgow and Edinburgh."
***
Läs hela artikeln
Upplagd av hcp kl. 06:00