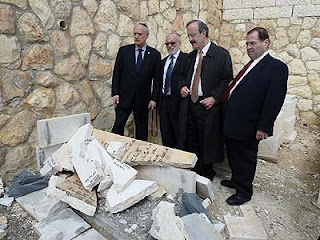 Återigen har en arabisk mobb i Jerusalem
förstört delar av de judiska begravnings-
platserna på Oljeberget.
En stor amerikansk delegation med bl a
kongressledamöter och rabbiner som
studerade förödelsen överfölls med
stenkastning berättar Jewish Press.
**
Two US congressman were attacked by rock-throwers on
Friday in front of a mosque in the Ras Al-Amud neighbor-
hood of Jerusalem. Congressmen Eliot Engel and Jerrold
Nadler from New York State were on a tour of the Mount
of Olives Cemetery, along with Executive Vice Chairman
of the Conference of Presidents of Major American Jewish
Organizations Malcolm Hoenlein, and Rabbis Abraham
and Menachem Lubinsky, founders of the International
Committee for the Preservation of Har HaZeitim.
Their tour, which included some 40 Jewish American
leaders, was guided by JewishPress.com Managing
Editor Yishai Fleisher.
**
Earlier, following Friday prayers, hundreds of worshipers
hurled rocks at the Mughrabi Bridge entrance to the
Temple Mount, and dozens gathered inside the Al-Aqsa
mosque. Israeli police forces entered the plaza and
attempted to stop the violent protest. Several policemen
were injured.
Jerusalem District chief Nisso Shaham blamed the
ongoing Friday riots on a poster announcing a
Temple Mount visit by Likud member Moshe
Feiglin, which was originally scheduled for ten
days ago. The poster itself was a fake.
Muslim leaders have been actively inciting their
followers over the past month to “protect Al-Asqa”.
Prior to the attack, Hoenlein announced the launching
of a campaign to “retake the Mount of Olives cemetery
for the Jewish people.”
**
The oldest and largest Jewish cemetery in the world,
the Mt. of Olives is subjected to non-stop violence
against visitors, grave desecrations, an unlawful
mosque expansion, illegal building – all part of a
concerted Arab effort to assert control over the
burial site used by Jews for 3,000 years.
The focused aim of the International Committee for
the Preservation of Har Hazeitim
(www.saveharhazeitim.org)
is the sustained improvement of the current conditions
at the Mount of Olives Cemetery. The ICPHH is driven to
react to and ameliorate the rampant and systematic violence,
destruction, and incitement taking place on the Mount of
Olives, as well as the general, widespread neglect and the
current illegal expansion of a mosque situated just meters
away from the grave of Prime Minister Menachem Begin.
JewishPress.com’s Managing Editor Yishai Fleisher, who
led the tour, lives with his wife and children in the community
of Maale HaZetim on the Mount of Olives, a few steps away
from where the attack took place.
Fleisher said, “The attack the congressmen faced is part of
the day-in day-out reality of Jewish communities who live
in proximity to the ancient Jewish cemetery at the Mount
of Olives and that is what we need to fight. However, when
people ask me whether we are scared to live here, I tell
them that while there is danger, it does not have to
translate into fear.
**
The enemies of Jewish rights in Jerusalem use terror
as a tactic to keep us away. But we will not bow to the
bullying. One day soon, Maale HaZeitim will be a quiet,
gentrified, normal Jerusalem eighborhood.”
On Saturday night there will be an emergency meeting
to save Har HaZeitim. Details can be found here.
*** 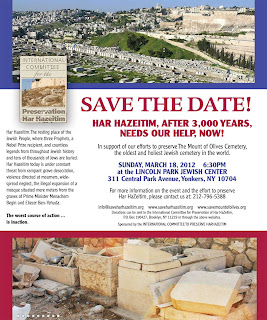 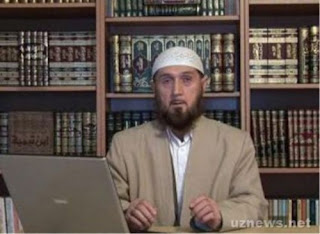 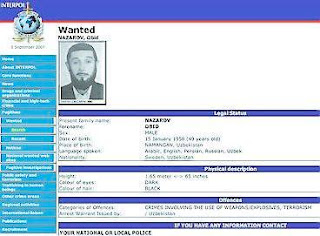 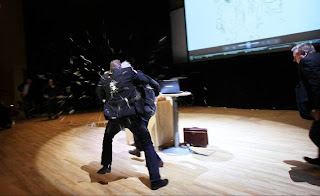 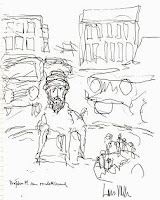 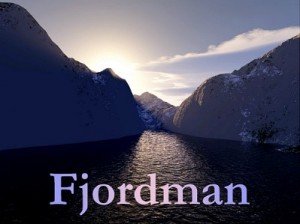 För ett år sedan lyckades CIA av
misstag kompromettera hela sitt
agentnät i Beirut.
Sedan Hizballah övervakat hur
en inkompetent amerikansk tjänste-
man träffade alla sina agenter på
Pizza Hut kunde terroristerna nysta
upp CIA:s omfattande agentnät för
övervakning av iranska, syriska och
Hizballahaagenter i Libanon.
The Lebanese militant group Hezbollah
has unraveled much of the CIA's mission
in Lebanon, capturing up to a dozen U.S.
spies in the country and effectively shutting
down the agency's crucial operations there.
"Beirut station is out of business," a
source told the Los Angeles Times today.
The incident is a major blow to the CIA
and to U.S. intelligence.
The agency's posting in Lebanon has for
decades been one of its most aggressive,
most highly valued, and, for its staff, most
prestigious. Though the CIA base there
aggressively tracks Hezbollah, it is also
a headquarters for monitoring and often
countering Syria and Iran. 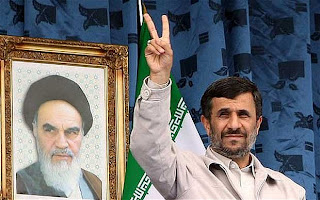 As a result, Tehran has loosened restrictions
on high level al–Qaeda operatives under its
controls as well as offering financing and
training to the terrorist group's senior planners.
Security experts said that recent intelligence
suggested Iran and al–Qaeda could attempt
to find a common project in Europe, possibly
targeting the London Olympics, which
opens in July.
"This is a warning to the West that 'if you
consider attacking our facilities then there
will be consequences'," said Anthony Skinner,
the director of the political risk consultants,
Maplecroft.
"This would be a significant development
that would represent a massive upgrade in
al–Qaeda's capacity to strike."


**
Sedan 2003 finns en AQ-planeringsgrupp
stationerad i Tehran. Hittills har den tvingats
hålla mycket låg profil  och närmast suttit i
husarrest. Ledaren för Al-Qaeda i Iran uppges
vara syriern Yasin al-Sura, som USA utfäst en
belöning på 10 miljoner dollars på.
Nu uppges gruppen ha fått full frihet att
resa samtidigt som den fått omfattande
ekonomiskt och logistiskt stöd
av mullornas regim.
Iran and al Qaeda's core leadership under
Ayman al Zawahiri have established an
"operational relationship" amid fears the
terror group is planning a spectacular
attack against the West.
There are concerns such an attack, possibly
targeting Europe, would be in revenge for
the killing of Osama bin Laden by the US last
year.
Sky News' intelligence sources have said Iran
has been supplying al Qaeda with training
in the use of advanced explosives, "some
funding and a safe haven" as part of a deal
first worked out in 2009 which has now
led to "operational capacity".
**
Ett PM från MI6, som läckt till Sky News
sammanfattar läget:
“Against the background of intensive cooperation
over recent months between Iran and al-Qaida,
with a view to conducting a joint attack against
Western targets overseas, Iran has significantly
stepped up its investment, maintenance and
improvement of operational and intelligence
ties with the al-Qaida leadership in Pakistan
in recent months.”
*
The intelligence sources also told Sky News
that Iran’s link to al-Qaida is “most likely to be
used in revenge for any military strikes against
Iran’s nuclear capacities. Iran wants to be able to
say, ‘We can hit you back.’”
*
But one source warned:
“The danger is that Iran and al-Qaida may
be keen to show this capacity ahead of
any attacks on Iran, as a kind of warning.”
***
Upplagd av hcp kl. 13:30 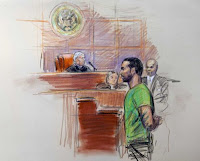 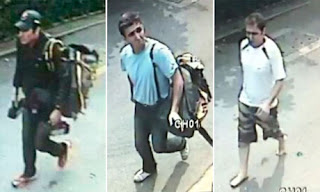 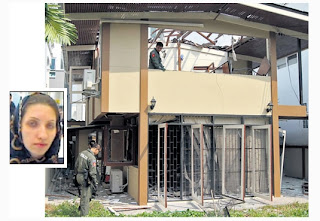 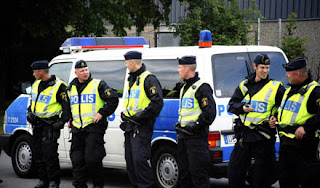 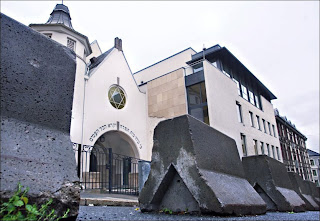 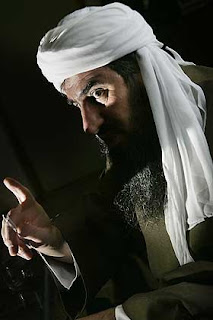 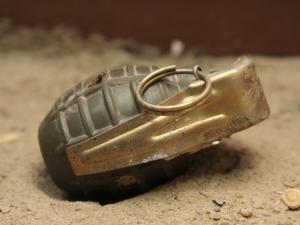 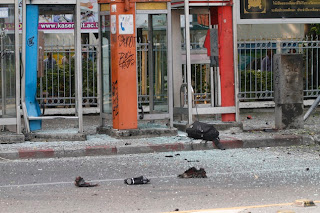 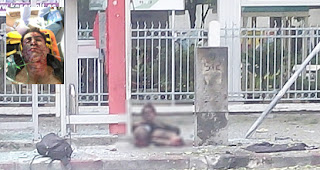