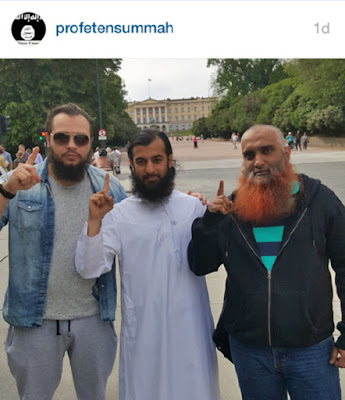 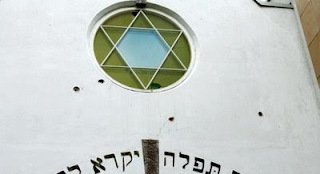 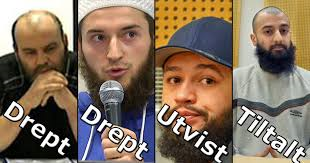 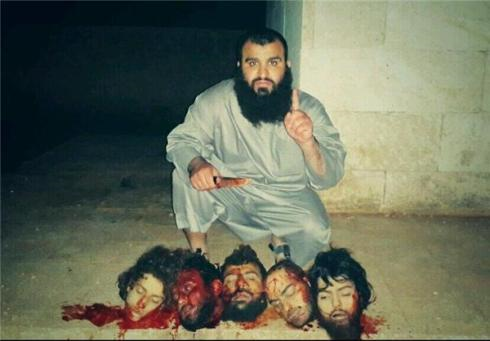 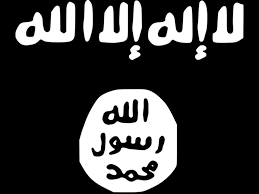 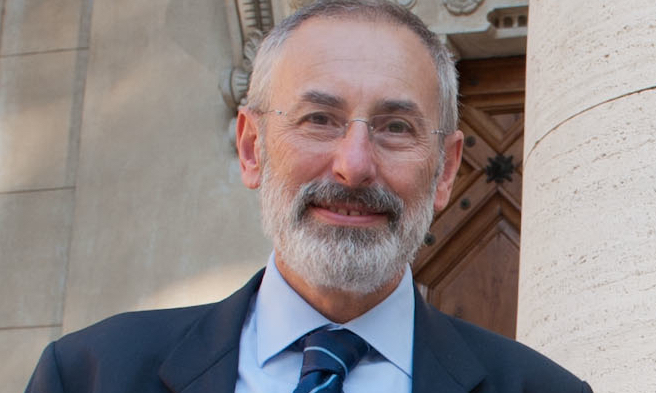 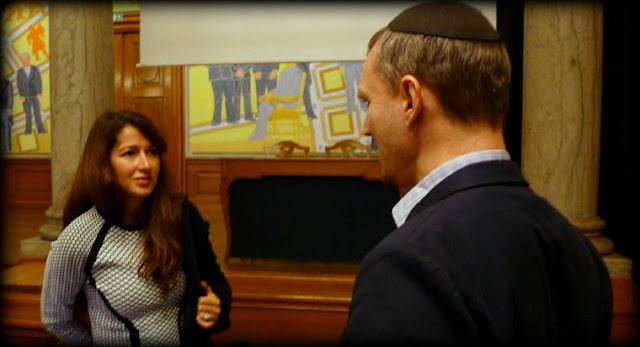 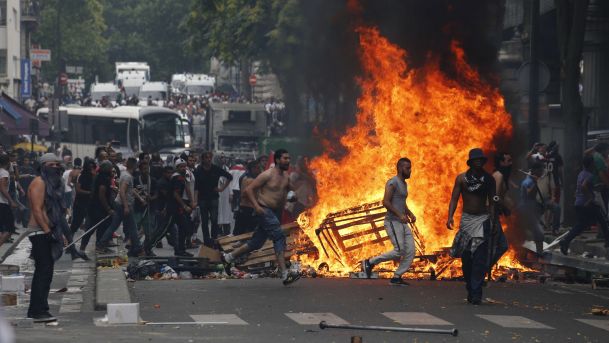 
***
More disturbing than the alleged arson at a suburban Paris kosher
supermarket on Tuesday – the third anniversary of the terror attack
at the kosher Hyper-Cacher market, also outside Paris – is this:
no one was terribly surprised.
Shocked, yes; of course people were shocked
– but not entirely surprised.
How could they be, after a rash of anti-Semitic attacks and
regular calls for "death to Jews" that have plagued Europe in
recent  months?
At this point, in Europe, Jew hate has practically become the norm.
The fire, which destroyed the shop, broke out in the early morning
hours in the southern suburb of Creteil, where about a quarter of
the population is Jewish. But the shop owner, who is Muslim, also
found swastikas painted on the door a week ago, as did the owner
of a neighboring market, which was also slightly damaged in the fire.


Such events are hardly new in France. In addition to the Hyper
Cacher attack, in which Muslim terrorist Amedy Coulibaly gunned
down four people after a standoff lasting several hours, in 2017,
a Jewish woman was killed by a Muslim neighbor who pushed her
out a window, and a Jewish family was robbed and held hostage,
also in a Paris suburb. "You're Jews, so where is the money," the
assailants allegedly said. Yet these are only the latest in a heinous
string of attacks on French Jews, mostly, but not exclusively, by
Muslims, including the 2012 massacre at a Jewish school in
Toulouse.
Three children and a teacher were killed in that attack.


In 2006, as many as 20 people participated in the kidnapping,
torture and murder of 23-year-old Ilan Halimi. "We have a Jew,"
one said in a ransom call.


But France is not alone. Sweden, too, whose national Jewish population
(18,000) is smaller than that of Creteil alone (23,000), has seen a
disproportionate amount of anti-Semitic activity in the past few months.
In December, Muslims hurled Molotov cocktails at Jewish teens at a
synagogue party in Gothenburg and firebombs were planted at a Jewish
cemetery in Malmo. At a Stockholm protest against President Trump's
call to recognize Jerusalem as Israel's capital, the New York Times reports,
"a speaker called Jews 'apes and pigs,'" a common anti-Jewish epithet
among Muslim anti-Semites. And in Malmo, according to the Times,
"Children at the Jewish kindergarten...play behind bulletproof glass."
This is not just because of Muslims, however. Even Sweden's mainstream
media has attacked the Jews. A 2009 article in the respected Aftonbladet
claimed that Israel regularly kidnapped and killed young Palestinians
for their organs.
In the Netherlands, where anti-Jewish chants filled the hot afternoons
during pro-Gaza protests in 2014, it is not always the Muslims who are
to blame. Indeed, as Muslim youth waved the ISIS flag and called for
death to Jews in The Hague, the city's mayor, Jozias van Aartsen,
refused to denounce them, insisting "no boundaries had been crossed."
But there have been plenty of Muslim-related incidents as well.
In December, for instance, a man wielding a Palestinian flag smashed
the windows of a kosher restaurant in Amsterdam. And on New Year's
Eve, a yet-unidentified man threw a rock at the window of the Amsterdam
Chabad center. According to reports, security camera images confirm
that the perpetrator was not the same person who attacked the restaurant
last month.
There's more. In Vienna, for instance, in 2015, a Jewish man living in
a largely Jewish neighborhood was threatened with eviction if he did
not remove the Israeli flag from his window. "It offends one of the
neighbors," his landlord said.
Apparently, this is a common complaint in the Austrian capital.
Officials fined three pro-Israel activists last month for waving an Israeli flag
near a pro-Palestinian demonstration: the charges state that the
activists "produced considerable offense and provocation among
the Palestinian protesters."

The pro-Palestinian group, however, was not cited for any offense they
might have caused Vienna's Jews – even as Palestinian-flag waving
protesters shouted out in Arabic, "Khaybar, Khaybar ya yahud" – a
battle cry that recalls the 7th century victory of Muslims over the Jews
of Khaybar, and which in modern terms essentially means
"Death to Jews."
But pro-Palestinian, and therefore usually anti-Israel and anti-Jewish,
sentiment is rising also in far left groups, Huetlin says – youth who
listen to rap, most of all. Many of these rappers come from the
Muslim community and champion Palestine's "underdog," status she
reports – so much so that Germany's one Jewish rap star, Ben Salomo,
told her that "solidarity for Palestine ... is fashion."
The message is clear, and not just in Germany. Increasingly, it seems, in Europe – and especially for Europe's youth – Jew-hate is the new cool.
Upplagd av hcp kl. 05:00 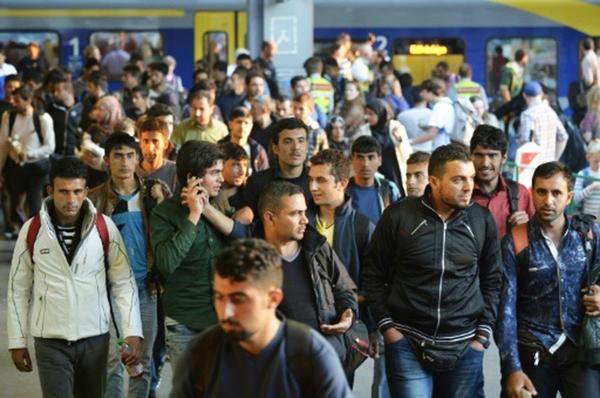 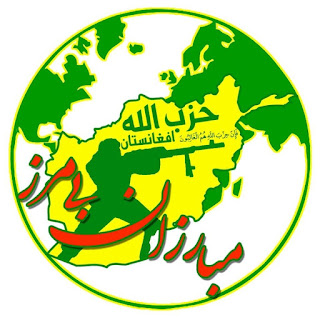 Liwa Fatemiyoun (Arabic: لواء الفاطميون‎ Liwā’ al-Fāṭamiyūn,
Persian/Dari:.لواء فاطمیون or لشکر فاطمیون), literally "Fatimid
Banner", also known as Fatemiyoun Division, is an Afghan
Shia militia formed in 2014 to fight in Syria on the side of the
government. It is funded, trained, and equipped by the
Islamic Revolutionary Guard Corps (IRGC), and fights
under the command of Iranian officers.
The Fatemiyoun Division recruits from the approximately
3 million Afghan refugees in Iran, the 6 million Hazara
of Afghanistan,  as well as the approximately 2 thousand
Afghan refugees already residing in Sayyidah Zaynab, Syria.
The recruits are typically Hazara, a Persian-speaking Shia
ethnic group from central Afghanistan. They are promised
Iranian citizenship and salaries of $500-$800 per month
in return for fighting .Many are illegal immigrants/refugees
and/or criminals who choose recruitment over imprisonment
or deportation.
The recruits are given a few weeks of training, armed, and
flown to Syria via the Iraq-Syria-Iran air bridge. These Soldiers
are used as shock troopers, spearheading numerous important
pro-government offensives alongside Iranian, Iraqi, and Hezbollah
troops. Most of them operate as light infantry, although some
receive more thorough training and can work as tank crews.
The group's official purpose is the defense of the shrine of
Zaynab bint Ali, the granddaughter of Prophet Muhammad.
However, it has fought on active frontlines around Daraa,
Aleppo, and Palmyra. In October 2014, three fighters were captured
by the rebel Islamic Front. Their fates are unknown.
On 7 May 2015, Iran commemorated 49 fighters of the group
who were killed. According to Spiegel Online, 700 members of
the group are believed to have been killed in combat around
Daraa and Aleppo as of June 2015.
The Washington Institute estimated at least 255 casualties
between January 19, 2012 and March 8, 2016.
In March 2016, they fought in the recapture of Palmyra
from the Islamic State.
In 2017, the unit helped countering a major rebel offensive in
northern Hama Governorate, and later aided a
pro-government offensive in the Syrian Desert that aimed at
reaching the Iraqi border. In course of the latter campaign,
Mohammad Hosseini (also known as "Salman") was killed as he
stepped on a anti-personnel mine. Hosseini had served as the
intelligence chief of Liwa Fatemiyoun's Hazrat-e Fatemeh
Zahra Brigade. Following the successful conclusion of this
offensive, the Liwa Fatemiyoun took part in the campaign
to capture all of central Syria from ISIL.
Anwar Yawri, another commander of Liwa Fatemiyoun, was
killed during these operations. 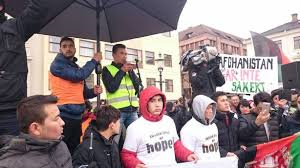