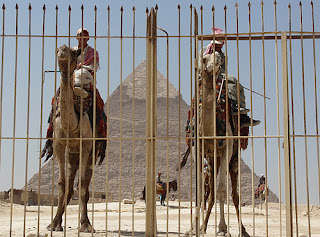 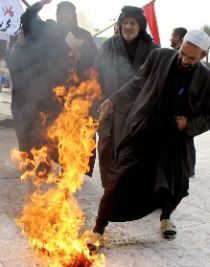 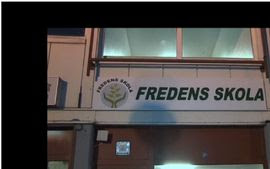 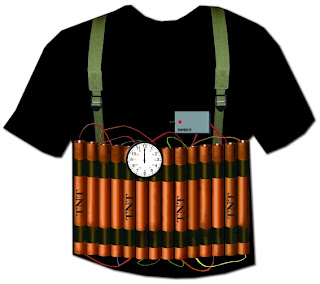 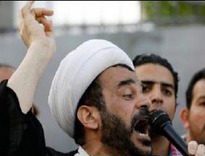 Läs också
Iran: "Bahrain vår 14:e provins"
*
Flera terrorister med svenska
pass gripna i Bahrain
**
Arab Times:
KUWAIT CITY, Aug 21: Bahrain’s security service
has reportedly notified its counterparts in Kuwait,
Saudi Arabia and Gulf states about some armed
terrorist groups’ plans to launch sabotage operations
in these countries in case Iran is attacked due to
its nuclear file, reports Al-Qabas daily.
**
Informed sources said the Bahraini intelligence
report was prepared on the basis of confessions
of a terrorist network of some 250 people arrested
in Bahrain a few days ago and they reportedly
admitted to belonging to a military body of a state
in the region and that there is coordination between
them and the sleeping cells in Kuwait and Saudi Arabia.
**
Sources said security authorities in Kuwait took this
information seriously and are taking necessary security
measures and precautions.
According to sources, these terrorist groups are trained
to clash with special forces and riot police, and 40-50
groups trained to launch violent and sabotage operations
are in Kuwait.
“The plan of these sabotage groups is to begin with a
peaceful demonstration denouncing the military
aggression against Iran in the event of a strike and
then start acts of violence and set fire to institutions a
nd enterprises; bomb electrical transformers, other
infrastructure and raid malls in order to create public
disorder,” said the sources.
**
Sources added that these terrorist groups spread in
Gulf states and one of these groups had recently
been seized in Bahrain. The members of the group
admitted to receiving small and medium firearms
from one of the countries that has an interest in
destabilizing the region, and these terrorist elements
are fully aware of vital and sensitive sites, and have
knowledge of the whereabouts of foreign communities
in Kuwait and other Gulf countries.
**
Moreover, sources said, Bahrain’s intelligence report
states that terrorist groups in Kuwait and other Gulf
countries include nationals and expatriates, and
there is direct coordination between them and a
military body of a state in the region and there is a
liaison officer for each group to exchange
information and carry out instructions.
Sources revealed that there is coordination between
the security authorities of Kuwait and Bahrain to
exchange information and take necessary precautions.
The sources also pointed out that Kuwait’s Interior
Ministry cannot arrest any terrorist group unless it
has complete information and evidence.
The situation is being monitored and security
authorities are closely following the results of
investigations being conducted with members
of the network in Bahrain, they said, adding
some of the members were ready to strike
tourist sites, resorts and hotels in case Iran
was attacked.
Upplagd av hcp kl. 13:00 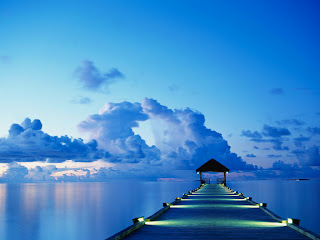 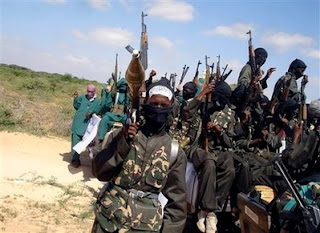 Skyddspolisen i Finland bekräftar att
de två häktade islamisterna tillhör
Al Shabaab berättar YLE.
De är somaliska medborgare och har
finansierat islamistisk terrorverksamhet
och rekryterat minst en somalisk
terrorist som återvänt till Somalia.
**
The National Bureau of Investigation (NBI) has
confirmed that two persons detained on suspicion
of engaging in the recruitment and financing of
terrorists are Somali citizens.
Finnish police say that a man and woman arrested
on suspicion of financing terrorism and terror
recruitment are linked to al-Shabab, Somalia's
most powerful militant group.
The suspects say they sent small amounts of
money to Somalia. The 34-year-old man is also
suspected of recruiting at least one person abroad
to commit an act of terrorism overseas.
The male suspect has lived in Finland since 2005
and has applied for Finnish citizenship. He has held
a number of jobs in Finland and has also been self-
employed. The 28-year-old woman, a student,
arrived in the country in 2008.
Intelligence officials detained the suspects on
September 7 in the Helsinki region in Finland's
first terror-linked arrests.
Police are also investigating other people, some
of them abroad, and have confiscated material
evidence during house searches in the capital
region.
Officials have until December 15 to charge the
suspects.
Upplagd av hcp kl. 08:00 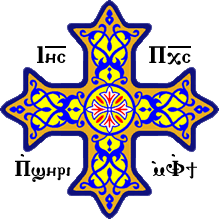 Omkring var femte egyptier tillhör landets
kristna ursprungsbefolkning, kopterna,
d v s minst 16 miljoner. Sedan president
Mubarak störtades och islamiseringen för-
stärktes har över hundratusen av dessa
flytt landet. De flesta till USA och Kanada.
Det finns en utbredd känsla bland Egyptens
kopter att när Muslimska Brödraskapet snart
tar över regeringsmakten och salafisterna
härskar på gatorna så finns det ingen framtid
längre för kristna i Egypten.
Den kristna nyhetsbyrån Assyrian International
News Agency (AINA) målar en mörk bild av de
kristnas framtid i Egypten, liksom i större delen
av Mellanöstern.
**
(AINA) -- The Egyptian Union of Human Rights Organizations
(EUHRO) published a report today on emigration of
Christians from Egypt, saying that nearly 100,000 Christians
have emigrated since March 2011.
The report, which was sent to the Egyptian cabinet and the
Supreme Council of the Armed Forces (SCAF), warned that
this emigration has been prompted by the escalating intimidation
and attacks on Christians by Islamists.
"Copts are not emigrating abroad voluntarily," said Naguib Gabriell,
the director EUHRO, "they are coerced into that by threats and
intimidation of hard line Salafists, and the lack of protection they
are getting from the Egyptian regime."
**
According to the report, the majority of Copts have emigrated for
the US, with some 16,000 settling in California, 10,000 in New
Jersey, 8000 in New York, and 8000 in other American states.
Nearly 14,000 have gone to Australia, 17,000 to Canada, and
20,000 to the Netherlands, Italy, England, Austria, Germany and
France.
EUHRO warned that emigration of Christians out of Egypt will
threaten its demographic makeup and national economy.
"Copts constitute a strong pillar in the economy." said Gabriel,
"Copts who are leaving their homeland are not prompted by
their need for work, as they are from the professional and
business class, but from fear of the hard line Salafists."
Attacks on Copts and their religious institutions have spread
fear, according to Gabriel. Recent attacks included the killing
of Coptic youths in Moqattam (AINA 3-9-2011) and Embaba
(AINA 5-8-2011), cutting-off the ear of a Copt, (AINA 3-26-2011),
attacks on churches (AINA 3-5-2011), as well as preventing the
governor of Qena from occupying his post because he is Christian
(AINA 5-3-2011)."
**
The EUHRO report noted that Coptic emigration escalated since
March 19, 2011, after the constitutional amendments in Egypt
and the escalation in Salafist attacks on Copts and their intention
to implement Hudud laws (Sharia based punishments, which
include capital punishment by sword/crucifixion, stoning, amputation
and flogging).
"Salafist clerics, who gained political influence after the January 25
Revolution, have become emboldened," said Gabriel, "calling Copts
Dhimmis who have to pay the jizya (tax paid by non-Muslims to the
state) because they are not first class citizens and can never enjoy
full citizenship rights, or obtain sensitive posts."
On September 12, Yasser Borhami, Head of Alexandria Salafists,
accused Christians on a popular TV show of being "Infidels, who
live in darkness, because they are away from Islam." His interview
enraged Copts "who regarded it as a licence to kill the Christians
by inciting Muslims," said Coptic activist Wagih Yacoub.
EUHRO filed a complaint against Borhami with the Prosecutor
General, accusing him of "defaming a heavenly religion," which is
against the constitution and which would "endanger social peace."
Gabriel sees a parallel with the Christian emigration from Iraq and
Lebanon. "After the massacre of the congregation of Our Lady of
Deliverance Church on October 31, 2010, and other attacks in Iraq,
the ratio of Iraqi Christians went down from 8% to 2% and in Lebanon
from 75% to 32%."
**
"If emigration of Christians, who constitute nearly 16% of the Egyptian
population, continues at the present rate, it may reach 250,000 by the
end of 2011," said Gabriel, "and within ten years a third of the Coptic
population of Egypt would be gone."
According to Gabriel Copts see a dark future awaiting them in Egypt,
especially because neither SCAF nor the government is taking any
measures to curb the Salafist violence.
"They should bring to justice those criminals who attack the Copts
and their churches, instead of letting them get off Scot-free."
He called on SCAF to pull the reins in on Salafists and to clearly
announce that Egypt is a democratic, secular state, based on
equal citizenship for all Egyptians.
***
Läs
Islamisternas mål: Ett Egypten utan kristna
*
...efter våren kommer en kylig höst
*
Brödraskapet organiserar en anti-kristen allians
inför maktövertagandet 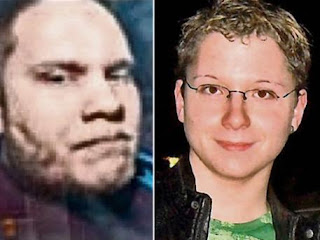 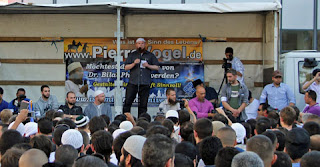 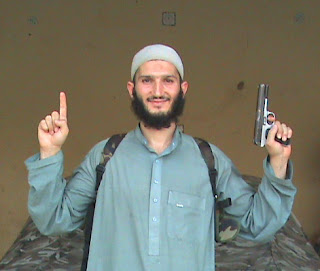 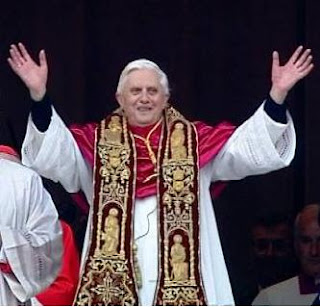 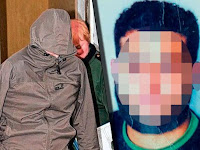