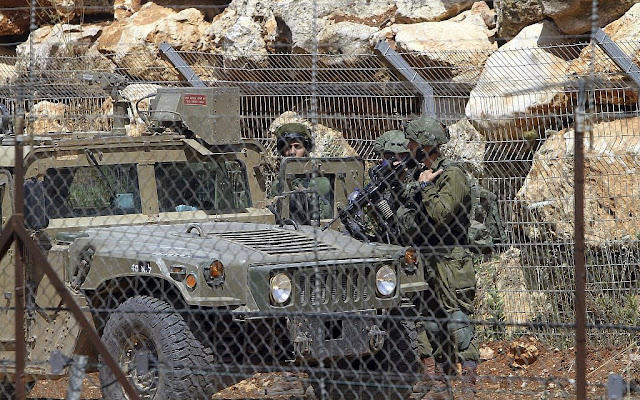 Times of Israel rapporterar:
The Israel Defense Forces on Tuesday launched an operation to
destroy a number of cross-border attack tunnels that it says were
dug by the Iran-backed Hezbollah group into northern Israel
from Lebanon.

Announcing the launch of Operation Northern Shield, IDF spokes-
person Lt. Col. Jonathan Conricus said “a number of tunnels”
had penetrated Israeli territory and forces were working on the
Israeli side of the frontier to destroy them.


"We see Hezbollah’s actions as a flagrant and blatant violation
of Israeli sovereignty,” he said.

The military said it believed these tunnels were for
offensive purposes, unlike the tunnels and underground
bunkers used by Hezbollah during the 2006 Second
Lebanon War, which were primarily used for its
defensive strategies.
Conricus said the tunnels “are not yet operationally ready”
and therefore did not pose an “immediate threat.”

The operation came as tensions on Israel’s northern border
have ramped up in recent days, and hours after
Prime Minister Benjamin Netanyahu traveled to Brussels
for a meeting with US Secretary of State Mike Pompeo
to discuss Iran and security challenges on Israel’s
northern  border, likely referring to Hezbollah.

Israeli security chiefs were holding security assessments
throughout the day on Tuesday in order to predict Hezbollah’s
reaction to the IDF operation.

The Israeli military’s Arabic-language spokesperson called
on Hezbollah members and Lebanese citizens to keep away
from the tunnels. “You’ve been warned,” he wrote on Twitter.

Israel has long said that Hezbollah planned to conduct cross-
border raids in any future conflict, with the specific goal
of attacking and conquering a civilian town near the
border. Northern residents have raised fears in recent
years of attack tunnels being dug under the border, spurring
the IDF to launch a task force to investigate the concerns
in 2014.

“[Hezbollah’s] main goal is to kill as many people as they can
in [Israeli] villages and army bases,” a senior officer IDF
officer said earlier this year, in a briefing to reporters on
the Lebanese border.