Viktigare uttalanden apropå
konflikterna i Gaza och Libanon:
Premiärminister Olmert (July 17):
"On the Palestinian front, we will conduct a tireless battle
until terror ceases, Gilad Shalit is returned home safely
and the shooting of Qassam missiles stops.
And in Lebanon, we will insist on compliance
with the terms stipulated by the international community:
- The return of the hostages, Ehud (Udi) Goldwasser and Eldad Regev;
- A complete cease fire;
- Deployment of the Lebanese army in all of southern Lebanon;
- Expulsion of Hizbullah from the area, and
- Fulfillment of United Nations Resolution 1559."
***
Utrikesminister Livni (July 18):
"The diplomatic objectives are long range.
Until now the diplomatic activity focused - successfully -
on achieving international support for the
IDF operation; now we are moving in parallel to the next stage.
There is comprehensive agreement that a cease-fire alone
is not enough."
***
European Union (July 17):
"The EU condemns the attacks by Hezbollah on Israel
and the abduction of two Israeli soldiers.
It calls for their immediate and unconditional release
and for the cessation of all attacks on Israeli towns and cities.
The EU recalls the need for the Lebanese state
to restore its sovereignty over the whole of its national territory
and to do its utmost to prevent such attacks."
***
G-8 Summit 2006 (July 16):
"The immediate crisis results from efforts by
extremist forces to destabilize the region
and to frustrate the aspirations of the Palestinian, Israeli
and Lebanese people for democracy and peace."
***
US President Bush (July 16):
"This recent flare-up helps clarify a root cause of instability
in the Middle East - and that is Hizbullah and Hizbullah's
relationship with Syria, Hizbullah's relationship to Iran,
and Syria's relationship to Iran.
Therefore, in order to solve this problem it's
really important for the world to address the root cause."
***
Kingdom of Saudi Arabia (July 13):
A difference should be drawn between legitimate
resistance and rash adventures carried out by elements
inside Lebanon and those behind them without
consultation with the legitimate authority in their
state or coordination with Arab countries,
thus creating a gravely dangerous situation
exposing all Arab countries to destruction.
The Kingdom views that it is time that these
elements alone bear the full responsibility of these
irresponsible acts and shoulder the burden
of ending the crisis they have created.
****
Det sista uttalandet är det mest förvånande.
För första gången sedan 1948 har Saudi-Arabien ställt sig
på Israels sida i en konflikt....
Uppenbarligen har polletten ramlat ned:
Islamismen är alla folks fiende.
Upplagd av hcp kl. 17:11 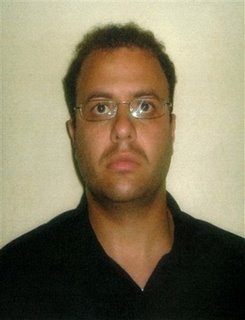