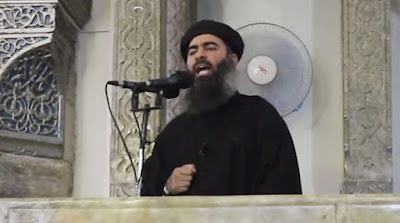 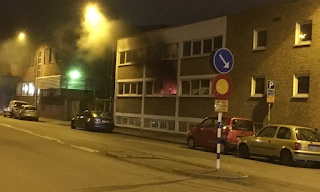 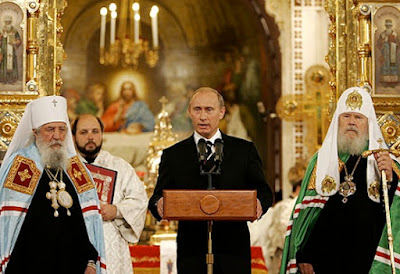 Why Vladimir Putin Hates Us

Western inability to grasp what motivates our enemies is nothing new
He’s done it again. The honey badger in the Kremlin just moved more advanced missiles into position on Russia’s most westerly fringe to own the Baltic Sea. This week Moscow admitted it has deployed cutting-edge Bastion anti-ship missiles to the Kaliningrad exclave, north of Poland, plus equally advanced S-400 air defense systems to shoot down aircraft and missiles as far as 250 miles out.

With this move, the Kremlin has established control over the Baltic Sea, most of Poland and the Baltic republics—NATO members all. Russia now can exert anti-access and area denial—what the Pentagon calls A2AD for short—at will, meaning that any NATO aircraft or ships entering the region can be hit long before they get close to Kaliningrad. For Western military planners, this is nothing short of a nightmare, since Moscow can now block NATO reinforcements headed east to counter, say, Russian military moves on the vulnerable Baltic republics.

That scenario, wherein Moscow’s forces overrun a Baltic republic or two before NATO can meaningfully respond, is judged alarmingly plausible by Alliance planners, yet nobody should be surprised that Vladimir Putin has done this. One month ago, when he moved nuclear-capable Iskander-M ballistic missiles into Kaliningrad last month, initiating a Baltic version of the Cuban Missile Crisis, President Obama’s response was…nothing.

The outgoing commander-in-chief decided that he needed to appease the Kremlin one more time before leaving the White House, to the horror of our allies who live close to Russia. “We’re on our own until January 20, and maybe much longer,” was how a senior Alliance defense official in that neighborhood explained the reality of what Obama has done through his inaction.
For good measure, this week the Russian defense ministry indicated that the deployment of Iskander-M systems to Kaliningrad, which Moscow has said was merely part of a military exercise, will be staying there permanently. Since those missiles can launch nuclear or conventional warheads as far as 300 miles with stunning accuracy, Russia now holds a powerful military advantage over NATO in the Baltic region.

Western inability to grasp what motivates our enemies is nothing new. Fifteen years ago, in the aftermath of al-Qa’ida’s attacks on the World Trade Center and the Pentagon, everybody wanted to know “why they hate us.” President George W. Bush spoke the received Beltway wisdom when he explained that jihadists and Islamists hate us because of our “freedoms.”

Such escapism, while flattering to American self-perceptions, was completely wrong. The answer was right there since jihadists talk nonstop (especially online) about their worldview. Their hatred for Americans and the West has nothing to do with our freedoms, which radical Muslims care nothing about. It has everything to do with our policies—especially our support for Israel and our military presence in Muslim countries—plus our decadent way of life, particularly Western post-modern sexual mores, which jihadists see as literally invading their countries through media and entertainment.

Misunderstanding what makes our enemies tick is old hat in Washington. During the Cold War, our academic mavens, highly paid by the Pentagon to prognosticate about the Kremlin’s inner workings, paid little attention to Soviet public statements. Such aggressively anti-Western Marxist-Leninist pronouncements, often threatening nuclear war, were dismissed by our experts, academics plus Intelligence Community eggheads, who insisted that these ravings were just for show: in private, Soviet political and military leaders were calm and rational men just like us.

Of course, after the Cold War we learned that the Kremlin leadership said the same nutty things in private, dripping with Communist hatred for the capitalist West, that they yelled in Red Square. It’s tough enough for any person to maintain a completely different public persona than his private one, while for a whole regime it’s impossible. Therefore, pay attention to what your enemies state openly—there’s a good chance they believe it. 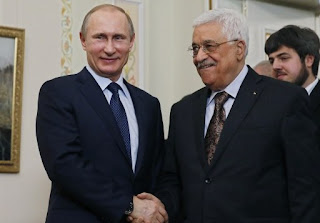 It’s not like Putin and his minions have been hiding what they believe. Putin himself is very much a KGB man—what Russians call a Chekist—cunningly conspiratorial to his bones. Yet over the last decade, he has become an open Russian nationalist with strong religious overtones. Regime outlets pontificate nonstop about the evils of the West, castigating our decadence and depravity, reflecting a nationalism that is deeply grounded in Orthodox Christianity.

Putin has talked warmly about what he calls “spiritual security“—which means keeping versions of Christianity other than Russian Orthodoxy out of the country—even stating that Russia’s “spiritual shield” is as important to her security as its nuclear shield. His inspiration for this comes from Orthodox thinkers, above all Ivan Ilyin, who hated the West with vigor and passion. This anti-Western worldview seems strange and even incomprehensible to most Americans, its reference points are utterly foreign to us, yet is grounded in centuries of Russian history and spiritual experience.

In this viewpoint, which I have termed Orthodox Jihadism, the West is an implacable foe of Holy Russia with whom there can be no lasting peace. For centuries—whether led by the Catholic Church, Napoleon, Hitler or the United States—the West has tried to subjugate Russia and thereby crush Orthodoxy, the one true faith. This is the Third Rome myth, which became very popular in 19th century Imperial Russia, postulating that it is Russia’s holy mission to resist the Devil and his work on earth.

Putin has reinvigorated such throwback thinking, making the Russian Orthodox Church—the de facto state religion—the ideological centerpiece of his regime. After Communism fell, the country needed a new ideological anchor, and Putinism found it in a potent amalgam of religion and nationalism which has far greater historical resonance with Russians than Communism ever did.

Western skeptics invariably note that Putin’s can’t really be an Orthodox believer and, besides, most Russians don’t bother to attend church regularly anyway. I have no idea what Putin actually believes—unlike Dubya I can’t see into his soul—but he certainly knows how to look like a real Orthodox, while the fact that regular church attendance in Russia isn’t particularly high doesn’t change that three-quarters of Russians claim to be Orthodox. The political reality is that Putinism has successfully convinced most Russians to go along with the official ideology, at least tacitly.

To get a flavor of what Putinism’s worldview looks like, simply listen to what Moscow says. It’s easy to find fire-breathing clerics castigating the West and its pushing of feminism and gay rights, which they openly term Satanic. The Russian “think tank” (in reality it’s just a website) Katehon is a Kremlin-approved outlet which offers heavy doses of geopolitics suffused with militant Orthodox nationalism. Significantly, its name comes from the Greek term for “he who resists the Antichrist”—and Katehon makes perfectly clear that the decadent, post-modern West is what they mean.

Then there’s Tsargrad TV, which is Russia’s version of Fox News, if Fox News were run by hardline Russian Orthodox believers. It’s the project of Konstantin Malofeev, a Kremlin-connected hedge funder-turned-religious crusader who wanted to give the country a news outlet that reflected traditional values. Its name is the traditional Slavic term for Constantinople—the Second Rome in Russian Orthodox formulation. A few months back, when Putin visited Mount Athos in Greece, one of Orthodox’s holiest sites, accompanied by Patriarch Kirill, the head of the Russian Orthodox Church, Tsargrad TV gave it wall-to-wall live coverage.

The anti-Western animus of this ideology would be difficult to overstate. There are rational-sounding complaints—for instance, Russian harping on NATO expansion up to their borders—but much of it boils down to depictions of the post-modern West as Satan’s project designed to subvert traditional religion and family life. These complaints sound a lot like what hardline Muslims say about the West. Just like Islamists, Kremlin ideologists claim that, since the West is spiritually attacking Russia and Orthodoxy with feminist and LGBT propaganda, all of Moscow’s responses—including aggressive military moves—are therefore defensive.

To be fair to Putin and his ilk, we’ve been doing a good job of making their anti-Western polemics seem plausible. Under President Obama, the State Department really has pushed feminism and LGBT rights hard—including in Russia. Washington’s official effort to coerce small, impoverished countries like Macedonia into accepting our post-modern views of sexuality has raised Russian ire, not least because Macedonia is a majority-Orthodox country.

The bottom line is that Putin’s Russia is driven by a state-approved ideology which hates the post-modern West and considers us a permanent existential threat. President Obama’s insistence that we can’t be in a new Cold War with Russia because there’s no ideological component to the struggle is completely and utterly wrong. The Kremlin sees that spiritual-cum-ideological struggle clearly, and says so openly. Indeed, Putin explained it concisely, in public, before he seized Crimea, but nobody in Western capitals took him seriously:


Another serious challenge to Russia’s identity is linked to events taking place in the world. Here there are both foreign policy and moral aspects. We can see how many of the Euro-Atlantic countries are actually rejecting their roots, including the Christian values that constitute the basis of Western civilization. They are denying moral principles and all traditional identities: national, cultural, religious and even sexual. They are implementing policies that equate large families with same-sex partnerships, belief in God with the belief in Satan.
The excesses of political correctness have reached the point where people are seriously talking about registering political parties whose aim is to promote pedophilia. People in many European countries are embarrassed or afraid to talk about their religious affiliations. Holidays are abolished or even called something different; their essence is hidden away, as is their moral foundation. And people are aggressively trying to export this model all over the world. I am convinced that this opens a direct path to degradation and primitivism, resulting in a profound demographic and moral crisis.

The coming of Donald Trump to Washington, with his affection for Russia and its leader, gives some cause for optimism that things might improve between us and Moscow. There’s no doubt that the Kremlin thinks of Trump as a man with whom they can do business. However, the deep-seated conflict between Putinism and the post-modern West will remain. If Trump decides to get the State Department out of the business of exporting our sexual mores to countries where they’re not wanted, that might cool things down with Moscow somewhat. However, the hard-wired strategic rivalry between the West and Russia will remain, no matter what pleasantries get exchanged between our leaders.

It would be wise to counter Russian adventurism before it causes a major, perhaps nuclear war. Deterrence works, when applied properly. It would be even wiser to stop ignoring what Moscow says about its worldview—they probably mean it. Above all, stop provoking the Russians needlessly. This week, Senator John McCain rehashed his line that “Russia is a gas station run by the mafia masquerading as a country,” omitting that it’s a country with several thousand nuclear weapons. For this reason, Russian remains an existential threat to the United States in a manner that jihadists simply are not, no matter what Islam-alarmists say. A first step to dealing wisely with Putin would be actually understanding what makes his regime tick.


Read the rest at The Observer …