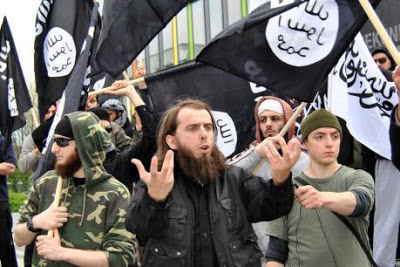 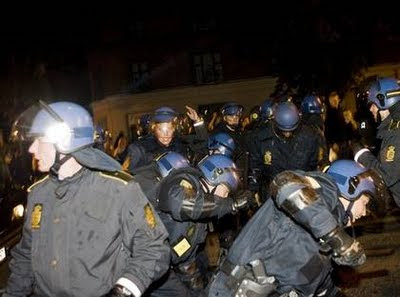 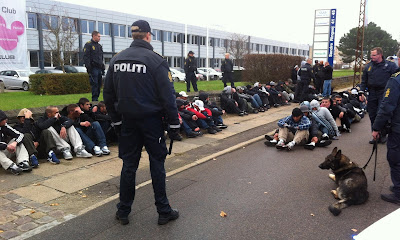 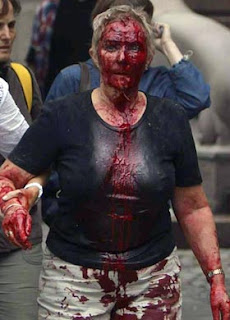 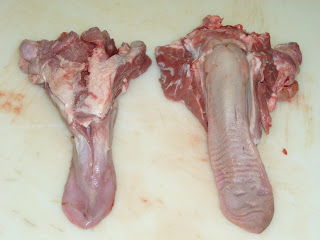 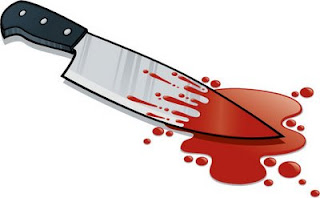 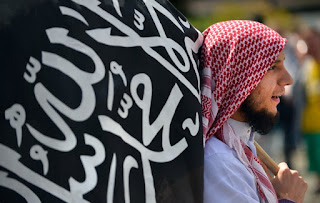 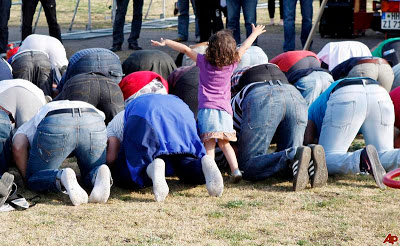 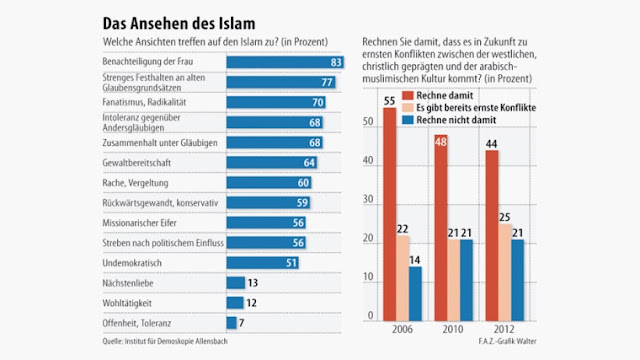 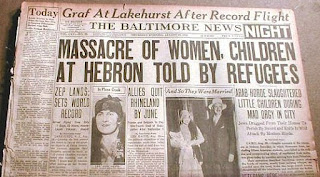 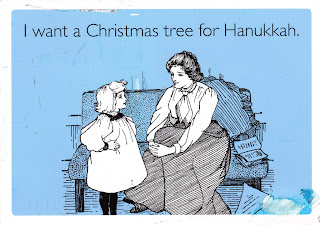 Läsarna tillönskas en GOD och
glädjefylld JUL och tillika
GLAD CHANUKKA.
***
Som en liten hälsning från hatets
och intoleransens religion kommer
här en notis från Sydney:
THE Lakemba Mosque has issued a fatwa against
Christmas, warning followers it is a ''sin'' to even
wish people a Merry Christmas.
The religious ruling, which followed a similar lecture
during Friday prayers at Australia's biggest mosque,
was posted on its Facebook site on Saturday morning.
The head imam at Lakemba, Sheikh Yahya Safi, had
told the congregation during prayers that they should
not take part in anything to do with Christmas.
The fatwa, which has sparked widespread community
debate and condemnation, warns that the "disbelievers
are trying to draw Muslims away from the straight path".
It also says that Christmas Day and associated cele-
brations are among the "falsehoods that a Muslim should
avoid ... and therefore, a Muslim is neither allowed to
celebrate the Christmas Day nor is he allowed to con-
gratulate  them".
***
En del trendkänsliga storföretag
(naturligtvis med IKEA i spetsen)
har i linje med fatwan börjat
"nedtona" julen....
Upplagd av hcp kl. 08:00 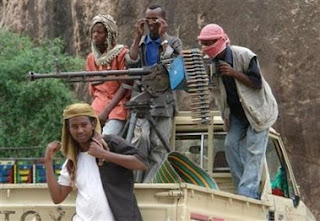 
**
Somaliska Salaama News berättar:
(Salaamanews)- Three men were indicted on
charges they supported the Somali terrorist
group al-Shabaab, according to a filing un-
sealed today in Brooklyn, New York, federal
court.
The defendants, Ali Yasin Ahmed, 27, Madhi
Hashi, 23, and Mohamed Yusuf, 29, were
arrested in Africa by local authorities in
August and taken into U.S. custody in
November, according to prosecutors.
The men are charged with conspiracy, use
of high- powered firearms, and providing
material support to a foreign terrorist group,
according to the indictment.
Prosecutors allege that from December 2008 to
August, the men participated in weapons and
explosives training and a suicide-bomber
program with associates of al-Shabaab and
were deployed in combat operations to support
the group, which is affiliated with al-Qaeda.
***
FBI:s pressmedelande om rättegången
*
Gudmundson
Upplagd av hcp kl. 23:00 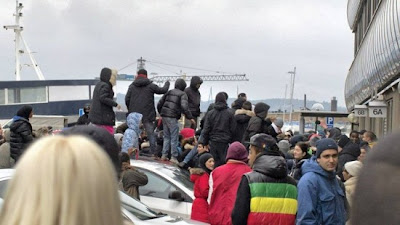 "No-go Areas for Jews in Europe" 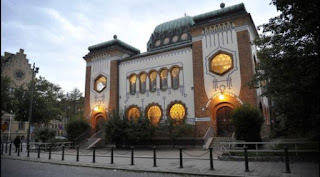 Jews in Denmark have just been warned
by Israeli officials not to appear publicly
wearing Jewish religious symbols such as
yarmulkes or stars of David in order to avoid
increasing anti-Israel and anti-Semitic
altercations.

“We advise Israelis who come to Denmark and
want to go to the synagogue to wait to don
their skull caps until they enter the building
and not to wear them in the street, irrespec-
tive of whether the areas they are visiting
are seen as being safe,” said Israel’s
ambassador to Denmark, Arthur Avnon.
**
Got that? To be identifiable as a Jew in public
in Europe is to invite violence. There are European
areas in its bigger cities where you cannot go
outside looking like a Jew - it's like being in Gaza.
In the last few weeks, an Israeli representative
of the Magen David Adom was attacked at Copen-
hagen Central Station, while in central Copenhagen
Jews who were wearing a kippah were have been
physically and verbally attacked.
An elderly Israeli man was assaulted by a group of
Arabic-looking men when he ate a kebab at Nørrebro.
They kicked the victim several times and tore his
necklace, on which a visible star of David was
hanging, off.
That's why today most of Danish Jews think twice
before deciding whether to wear a necklace with
a Star of David on it.
**
In the enlightened Europe of today, there is witch
hunt against any authentic Jew with a beard and
a skullcap.
Jewish students have been advised not to wear
a kippa in the streets in Germany either.
The Jewish Abraham Geiger Theological College in
Potsdam advises its rabbis against wearing a
kippah in public, while the orthodox Or Avner
school in Berlin has issued similar guidelines.
Whenever its pupils go on trips to the zoo or
the museum, Jewish pupils are warned: "Speak
German, not Hebrew, put a baseball cap over
your kippah so you don't give stupid people some-
thing to get annoyed about." Camouflaged in this
way, young Jews travel on Berlin's metro trains.
The rector of the school has explained that "it is
safer to not appear to be a Jewish person".
**
A few days ago Finland's Jewish community was
advised not to wear the skullcap in public for
fear of anti-Semitic attacks.
In Malmö, Sweden, the country which once gave
the world saints like Raoul Wallenberg, members
of the local synagogue decided not to keep on
their kippahs upon exiting their synagogue.
Norway's Jewish Community has advised its
members against speaking Hebrew loudly on
the streets or wearing Jewish emblems.
Norwegian police have just increased security
around Oslo’s main synagogue.
A teacher, Inge Telhaug, who was wearing a
Magen David around his neck under a T-shirt,
was informed by the Kristiansand Adult Education
Center that wearing the star could be deemed a
provocation towards the many Muslim students
at the school.
In France several Jews were attacked and beaten
in the streets after wearing the skullcap. In Paris
it is safer for young Jewish men to walk in groups,
not alone. They should wear baseball caps instead
of the traditional head covering to avoid being
attacked by anti-Semites. In many neighbor-
hoods of Marseille and Lyons, it is no longer safe
for Jews to walk the streets.
A few weeks ago a Jewish man was attacked
and rendered unconscious in a Paris metro.
How did the anti-Semitic mob recognize that
he was Jewish? Because of a philosophy book
by the chief rabbi of Paris that he was reading
in the metro when he was attacked.
**
Meanwhile, half the Jewish families in Villepinte,
working-class suburb north of Paris, have left due
to anti-Semitism, fleeing to other Paris neigh-
borhoods considered safer for Jews, or out of
France entirely. Villepinte's 40-year-old synagogue,
already torched in 2001, will close because it often
lacks a minyan.
In the UK, there have been many cases like that
of an Orthodox child, who was wearing a kippa
and tzitzit, verbally threatened and physically
intimidated by a hooded youth as he travelled
on a London bus.
When the faithful leave Rome's main synagogue
they immediately hide the skullcap. Police patrol
the area day and night.
***
Läs hela artikeln
Upplagd av hcp kl. 08:30

Vi är många medlemmar av Svenska Kyrkan
som känner skam över kyrkoetablissemangets
allt mera hatiska anti-israeliska utspel.
Ännu värre blir det ju när de politiska
partiernas C-lag samlas till "kyrkomöte".
Tillställningen i oktober i år blev det
värsta bottennappet hittills. Man drev
bl a frågan om köpbojkott mot judisk-
ägda företag. Ett ombud reserverade
sig mot vansinnigheterna...
**
Tydligen är det åtskilliga protestanter runt
om i världen som känner att deras kyrkor
fullständigt spårat ur i Mellanösternfrågan.
Ett antal protestantiska präster och lekmän
från Europa, Amerika och Afrika samlades
nyligen i Jerusalem, vilket både resulterade
i en Jerusalemdeklaration och att man
bildade Protestant Consultation on Israel
and the Middle East (PCIME).
Man presenterade själva initiativet så här:
"The Protestant Consultation on Israel and the
Middle East (PCIME) is a group of Christian
clergymen, intellectuals and activists from
Europe, North America and Africa who are
committed to stand with the State of Israel
and the Jewish people and support persecuted
Christians and other minorities in the
Middle East.
*
PCIME was established in November 2012 in
Jerusalem.
PCIME is committed to a responsible, unbiased view
of the Middle East. We represent the silent majority
that does not hold anti-Israeli opinions and strongly
objects to the activities of church officials and
activists promoting clear anti-Israeli positions in
the name of Christianity.
We strongly object to efforts to delegitimize
Israel and firmly support oppressed minorities
in the Middle East.
*
We believe that God remains in covenant with the
descendants of Abraham, Isaac and Jacob. God’s
intention is to bless them, and through them to
bless others. We repudiate the “replacement
theology” that claims Israel has no further place
in God’s plans.
*
Our love for Israel does not contradict our love for
other peoples in the region, including the Palestinians.
They, too, have a place in God’s heart. PCIME believes
it is possible to pursue justice and peace in ways that
address the rights and needs of all peoples of the
region."
***
Jerusalemdeklarationen  presenteras på ett antal
språk, bl a norska.
Nu är avsikten att samla undertecknare från de
protestantiska kyrkorna i de berörda världsdelarna.
Upplagd av hcp kl. 11:00 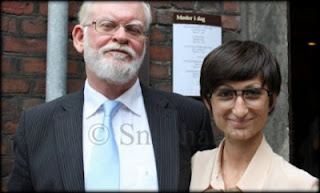 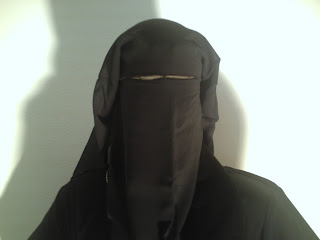 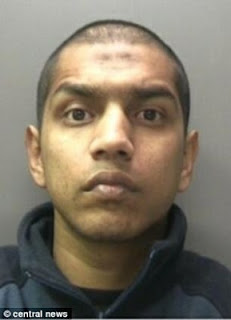 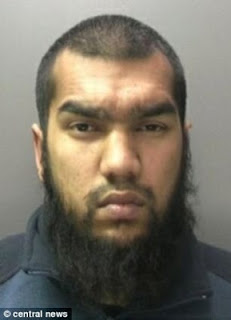 **
Åklagaren Kate Wilkinson kommenterade:
'These items contained both instructional
and ideological material. The magazines
are in English and are targeted at Muslims
living in the West.
‘They contain two types of material: firstly,
material which is designed to make the
reader support, fund, or join the Jihad, and
particularly to encourage the Western reader
to attack the nation where he lives.
‘Secondly, the magazines provide practical
guidance on how to commit acts of terrorism.’
**
Domaren sa när han avkunnade domen
mot Begum:


'It goes without saying this defendant’s criminality
is not necessary increased by the guilt of her brothers.
'But she is clearly moving in the milieu and that that
some of those close to her have serious Jihadist out-
look and certainly as far as her two brothers are
concerned, terrorist intentions.
'That connection has caused me to scrutinise carefully
whether she is a fellow traveller in the sense she
supports those who commit serious crimes for ideological
or religious reasons.'
** 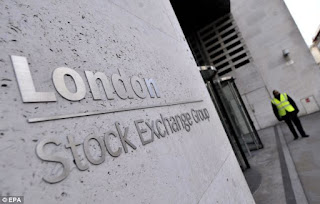 Abdul Miah, 25, was jailed for 16 years and
10 months and Gurukanth Desai, 30, for 12
years after they pleaded guilty to the plot at
Woolwich Crown Court in February this year.
They were part of a group of nine al-Qaeda
inspired terrorists who planned to blow up
the London Stock Exchange during a
Christmas bomb blitz.
Other potential targets for 'Mumbai style'
attacks included the London Eye, Big Ben,
Westminster Abbey, The Palace of Westminster,
and the home address of Mayor Boris Johnson.

Cardiff brothers Desai and Miah had previously
tested a pipe bomb after reading Inspire which
contained a recipe 'Make a bomb in the kitchen
of your mom'.
***
Daily Mail