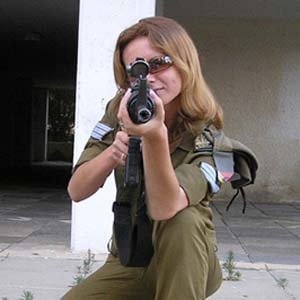 Israeli leftists have long had an intense
hatred towards American conservatives.
This is in spite of the fact that American
conservatives are almost all pro-Israel.
On second thought, the hatred of Israeli
leftists towards them is precisely
BECAUSE they are pro-Israel.
**
Israeli leftists insist that should only allow
itself to be  befriended by foreign leftists.
Never mind that the search for pro-Israel foreign
leftists is about as productive as the search for
human life on other planets. The Left outside of
is almost  entirely anti-Israel and anti-Semitic,
and foreign liberals are by and  large (although
not entirely) anti-Israel. Israeli leftists want foreign
pro-Israel conservatives to be regarded as persona
non grata  by . A few years back, Amiram
Goldblum, a professor at the
and a founder of Peace Now, called upon to
prevent American evangelist Christians from entering
. He  objected to them because they are too
pro-Israel. (See this about  Goldblum:
http://www.isracampus.org.il/t…..fellow.htm)
The Israeli  Left is outraged that Israeli cable TV carries
Fox News, because it is  pro-Israel.
The anti-Israel BBC and CNN channels though are fine.
**
The most dramatic manifestation of the ’s
Left’s hatred of  pro-Israel foreign conservatives
is evident  this week in widespread  Beckaphobia.
The Israeli Left is suffering from an intense phobia
regarding Glenn Beck.
**
Beck was in Israel this week (and has been here a lot
in recent  months) for one purpose only – to support Israel.
Beck is an  outspoken and well-spoken American
conservative. He is more  entertainer than serious scholar,
and was until recently a staple on  Fox News.
He sometimes gets things wrong, and his economics are
rather shallow. But his political opinions are solidly
conservative  and you cannot listen to his recent speech
in Jerusalem (http://www.glennbeck.com/israel/)
without being convinced of his  sincerity in his love of
Israel and solidarity with Jews, and you might be moved
to tears.
***
Läs hela artikeln
Upplagd av hcp kl. 10:00