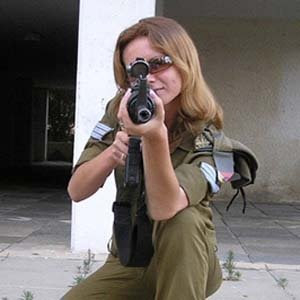 Jerusalem Post rapporterar:
The government has decided to establish
a special forum that will deal with threats to Israelis
posed by global jihad organizations, both locally and
abroad, Army Radio reported Thursday.
**
The National Security Council's Counterterrorism
Bureau chief, Nitzan Nuriel, is expected to head
the forum, which will have members from the
Mossad, Shin Bet, IDF and other relevant security
apparatuses.
The forum will convene at least once every two
months, according to the scale of the threats,
with the goal of assisting the collaboration of
all the security forces in the face of the growing
terror attack warnings.
**
The Security Cabinet ministers approved the
forum's establishment in the hope that institution-
alization of the cooperation and coordination
between security and intelligence apparatuses
would improve Israel's management of the
global jihad threat.
Over the years, al-Qaida has succeeded in
establishing widespread terror infrastructures
around the world.
**
In 2002, just one year after the 9/11 terror
attacks, twelve people, three of them Israelis,
were killed in an attack on a Mombasa hotel
in Kenya. Al-Qaida was also linked to the 2004
terror attack in Sinai.
The Shin Bet has expressed fears that the group
was laying foundations in the West Bank.
Israeli security forces recently warned that
terrorists associated with al-Qaida would join
forces with groups linked to Hizbullah in an
attack to avenge the murder of arch terrorist
Imad Mugniyeh.
Upplagd av hcp kl. 19:58