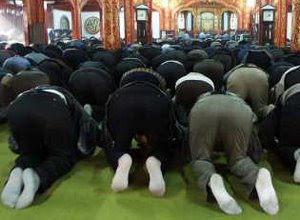 Geert Wilders blev internationellt känd
genom sin anti-islamistiska film FITNA.
Nu är han en av de trettio europeiska
parlamentariker som kommer att träffas
i Jerusalem i december för att diskutera
hotet från islamismen.
Inför konferensen har Jihad Watch
publicerat ett tal han nyligen höll i USA.
Ett litet utdrag:
**
Dear friends, liberty is the most precious of gifts.
My generation never had to fight for this freedom,
it was offered to us on a silver platter, by people
who fought for it with their lives.
All throughout Europe American cemeteries
remind us of the young boys who never made
it home, and whose memory we cherish.
My generation does not own this freedom;
we are merely its custodians. We can only
hand over this hard won liberty to Europe’s
children in the same state in which it was
offered to us.
*
We cannot strike a deal with
mullahs and imams. Future
generations would never forgive
us. We cannot squander our
liberties.We simply do not
have the right to do so.
*
This is not the first time our civilization
is under threat. We have seen dangers
before. We have been betrayed by our
elites before. They have sided with our
enemies before. And yet, then, freedom
prevailed.
*
These are not times in which to take
lessons from appeasement, capitulation,
giving away, giving up or giving in.
These are not times in which to draw
lessons from Mr. Chamberlain. These
are times calling us to draw lessons
from Mr. Churchill and the words he
spoke in 1942:
“Never give in, never, never, never,
never, in nothing great or small, large
or petty, never give in except to
convictions of honour and good sense.
Never yield to force; never yield to
the apparently overwhelming might
of the enemy”.
***
Upplagd av hcp kl. 12:00