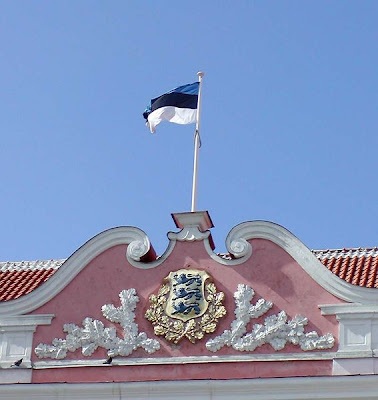 Ett brev till Eslands ambassad
i Helsingfors från töntarna i
Finlands Islamistiska Parti:
**
“NOTIFICATION TO THE
ESTONIAN EMBASSY
The Finnish Islamic Party presents its concerns
to Estonian Republic for taking part of the war
in Iraq with President Bush’s satanic government.
The actions mentioned above by the Estonian
government are oriented against Islam every-
where in the world and are a declaration of
war against all Muslims.
The Finnish Islamic Party exhorts the Estonian
government to pull their soldiers back from
Iraq instantly and to respect Iraq’s sovereignty.
If Estonian government continues its acts of war
and oppression it is responsible for its crimes
against human rights in the battle against Islam.
We can verify that Estonian government is
controlled by American government.
It raises a question on Estonia’s independency:
have Estonians sold themselves to America?
Estonia will be responsible for each day they
take part in Iraq’s war and in the war against Islam.
For the Finnish Islamic Party,
Abdullah Tammi, chairman of the board
Abdullah Rintala, 1. vice-chairman of the board
Upplagd av hcp kl. 11:00