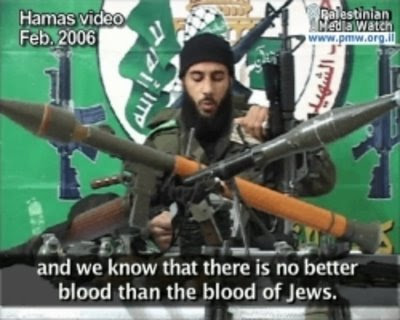 (IsraelNN.com) An Arab terrorist from the
Palestinian Authority stabbed to death a
passerby and wounded an Israeli police
officer before he was stopped by an
eyewitness in the Jerusalem neighborhood
of Gilo Thursday morning.
*
The terrorist was identified as 20-year-old Muhammed
Bidan, a resident of the Judean village of Tukwa, located
east of Bethlehem.
*
The civilian, an 86-year-old Jewish man, was rushed
in critical condition with stab wounds in the chest to
Shaarei Tzedek Medical Center, but was pronounced
dead on arrival. The wounded police officer was evacuated
to Hadassah Ein Kerem Medical Center in serious
condition. Despite his wounds, he managed to shoot
the terrorist, who fled and then was caught by an
eyewitness. The terrorist was also taken to Hadassah
Ein Kerem hospital, where he is hospitalized with
moderate wounds.
***
Arutz Sheva
Jerusalem post
Upplagd av hcp kl. 16:00