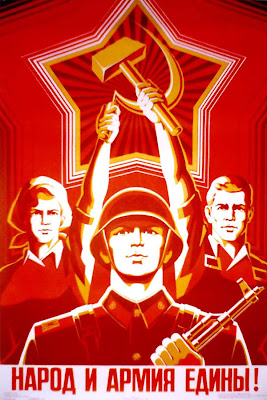 Russian intelligence allegedly getting
ready for terrorist act against
President of Georgia.
The Russian intelligence agencies have been
preparing for an act of terrorism against the
President of Georgia, Mikhaill Saakashvili,
online paper Nasha Abkhazia reports.
**
The online source says the given information
became known to it from one of the leaders
of the Abkhazian regime. This very person
had met in Sochi with the deputy chief of the
Main Intelligence Directorate (GRU) of the
Russian General Staff, General Pinov, with
whom the question on the operation was
discussed.
**
The directive to organize the terrorist act
against Saakashvili has been reportedly given
by the Secretary of Security Council of the
Russian Federation, former Federal Security
Service (FSB) Director, Nikolai Patrushev,
and the Federal Security Service and the GRU
were tasked to carry it out. This task has been
developed by the Caucasian directorate of the
FSB and the 5th department of the GRU
independently from each other. According to
the scenario of special services of the Russian
Federation, Saakashvili might be attacked by
members of an Ossetian paramilitary formation
which ostensibly « revenge on Saakashvili for
the blood of their confreres spilled in Tskhinvali».
**
It is not excluded that special services of the
Russian Federation have forced the members
of the particular unit to take the commitment
of the act of terrorism and afterwards the
"terrorists" would be certainly killed, Nasha
Abkhazia marks. According to news agency
Medianews, between 2006 and May, 2008,
the Russian special services considered physical
liquidation of Saakashvili only at a theoretical
level.
They started to think about it at a practical level
since September, 2007, when it became clear that
they would fail to create chaos in Georgia, and
there was no force to launch new revolution
against the current Georgian President.
**
According to the agency’s source, Patrushev
has given command that the group which
should carry out the act of terrorism, is ready
for action in November-December. According
to calculations of special services of the Russian
Federation, in case of success of the operation,
a large-scale struggle for power and complete
chaos would start in Georgia that is in every
possible way favourable to the official Moscow,
Nasha Abkhazia concludes.
***
Eurasian Secret Services Daily Review
Upplagd av hcp kl. 14:00