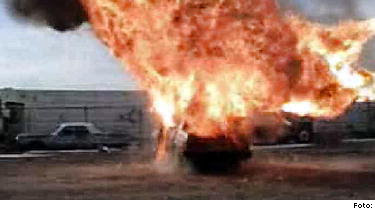 Barbara Kay i kanadensiska
National Post berättar:
**
I had the privilege of spending a few hours today,
October 2, amongst the bravest people in Canada.
One, Marc Lebuis, is a name you won't recognize,
because up to now he's kept a low profile as the
one-man show running Point de Bascule
This is an anti-Islamist site that brings francophone
Quebecers the news and frank opinions on the
relentless push of the soft jihadists in our midst
to Islamicize society, opinions that the main-
stream media are too politically correct to publish.
Marc and some close associates organized today's
press conference on the subject,
"Political Islam - A Threat to Our Freedoms."
**
The three other brave people appearing with
him should be household names, but their
courage and eloquence is, shamefully, only
known and saluted by a relative handful of
grateful Canadians: Salim Mansur, Tarek
Fatah and Raheel Raza, three Canadian
Muslims facing death threats by other Canadian
Muslims for exposing the dangers of Islamism,
a totalitarian ideology that wears the mask
of religion.
**
The room at the Omni hotel in Montreal was
filled to capacity, reverberating with frequent
applause to statements like these from Salim
Mansur:
"Islam is my private life, my conscience...[but]
my faith does not take precedence over my
duties...to Canada and its constitution, which
I embrace freely;"
"I am first and most importantly a Canadian;"
"only in a free society will you find Islam as a
faith and not a political religion."
***
Läs hela artikeln om de modiga
kanadensiska muslimerna
som kämpar mot islamismen
Upplagd av hcp kl. 12:00