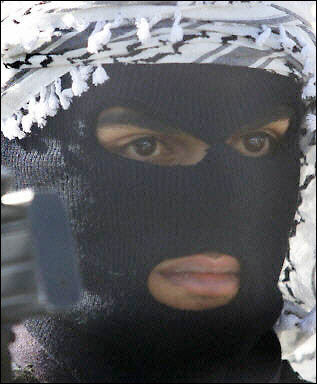 En nyhet från den moderata muslimska
staten Jordanien.....
***
AMMAN, Jordan – Jordanian police arrested a
local writer Tuesday for incorporating verses
of the Quran, the Muslim holy book, into his
love poetry, a judicial official said.
The poet, Islam Samhan, published his collection
of poems, "Grace like a Shadow," without the
approval of the Jordanian government, and
authorities say it insults the holy book, the
official said.
If convicted, the poet could face up to three
years in jail.
**
Jordanian writers and artists urged the government
in a collective petition to immediately release the poet,
saying the arrest is a "retreat in the freedom of
expression," and called for an end to the "oppression
of freedom and intimidation practiced against
intellectuals."
***
Läs artikeln
Upplagd av hcp kl. 14:00