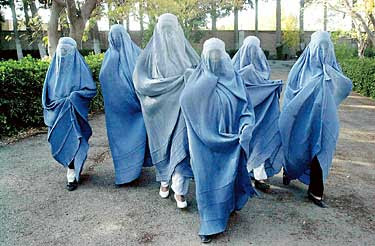 Vår klarsynte norske vän Fjordman redogör
enkelt, klart och redigt för tio mycket goda
skäl för att göra sig kvitt EU, det allt tyngre
oket på Europas folk:
1) The EU Promotes Crime and Instability
The EU does not protect the peace in Europe.
On the contrary, it undermines stability in
the continent by dismantling border controls
at a time of the greatest population
movements in human history, with many
migrants coming from politically unstable
countries whose instability spills over to
European states.
Through its senseless immigration policies,
the EU could become partly responsible for
triggering civil wars in several European
countries. Maybe it will be remembered
as the "peace project" which brought
war to Europe, again.
**
The European Union has created a border-
less region from Greece to France and
from Portugal to Finland, yet the citizens
of these countries still pay most of their
taxes to nation states whose borders are
no longer upheld. It is ridiculous to pay
up to half of your income to an entity
that no longer controls its own territory
or legislation. Unless national borders
are re-established, the citizens of EU
member states no longer have any
obligation to pay taxes at all.
**
The EU promotes a ridiculous amount
of laws and regulations, yet street
crime largely goes unpunished.
Laws are used to punish the law-
abiding while real criminals rule the
streets, although this flaw is admittedly
shared with many national governments.
European authorities make a mockery
out of the social contract every single
day as they fail to uphold law and order.
Unless the relevant authorities improve
their efforts against crime drastically,
we can expect to see normal European
citizens acquire arms for their own
protection in rapidly increasing numbers.
One can't blame them, for in several countries,
like the UK, Sweden or the Netherlands,
the authorities are more concerned with
enforcing speech codes and Political
Correctness than with dealing with
criminals in a forceful way. We need
confidence in our police force or we
will have to find other means to
protect our lives and property.
**
The EU does not give Europeans
a "voice" on the international arena.
It's a bureaucratic monster at best,
a dangerous Utopian project at worst.
It makes our enemies take us less
seriously, not more. It is not about
giving anybody a voice; it is about
silencing the voices we already have,
by depriving us of any say regarding
our future and the destinies of our peoples.
**
Joschka Fischer, ex-German foreign minister,
warns that Europe risks becoming a "play-
ground" for upcoming superpowers in the
21st century. He wants more EU cooperation
to remedy this. But we already are a play-
ground for foreign nations, for Muslim ones
in particular, who can dump their un-
sustainable population growth in our countries.
This is actively encouraged by the EU.
It is going to be interesting for future historians
to unveil how many European leaders and
officials have been bought and paid for by
Saudi oil money.
**
The idea that the EU is going to become a
superpower is laughable. Europe at the
dawn of the 21st century is a global joke,
a decadent and weak continent, despised
by its enemies and viewed with pity by
its friends. Outsiders don't expect Europe
to generate anything new, quite a few
will be surprised if it even survives.
This image will not be improved by
leaders who attack their own people,
sell out their historical legacy to their worst
enemies and muzzle those who object to this.
It is ridiculous to believe that this ramshackle,
top-heavy Frankenstein monster is going
to make Europe more competitive.
***
Det var bara den första punkten.
Läs de nio andra goda skälen
på EuropeNews
Upplagd av hcp kl. 21:30