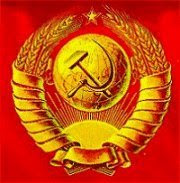 Russian secret services count prevented
terrorist attacks and detained militants.
Over 35 terrorist attacks in Russia have
been prevented and more than 350
militants detained since the start of the
year, the head of the National Anti-
terrorism Committee said today,
RIA Novosty reports.
**
"Sixty-nine terrorism-related crimes have
been prevented so far this year, 36 of which
terrorists planned to carry out in public places.
Over 350 members of illegal armed groups
have been detained," said Alexander Bortnikov,
who is also director of the Federal Security
Service (FSB).
He said in 2008 over 170 militants, including
13 group leaders, had been killed during counter
terrorist operations in the North Caucasus.
Bortnikov said a number of terrorist leaders
were killed in special operations in the North
Caucasus region in September. He added that
the terrorist leaders, including the "Amir of
Daghestan," Ilgar Malachiyev, had been killed
in Daghestan's Khasavyurt and Buinaksk Districts,
Ingushetia's Malgobek District, and Chechnya's
Vedeno district. The FSB chief said major terrorist
attacks had been stopped in the southern Russian
resorts of Sochi and Anapa this summer.
**
"In July-August this year, an attempt by the
terrorist Umarov, and an emissary of al-Qaeda,
Moganned, to stage terrorist attacks in the resort
cities of Sochi and Anapa using powerful explosives
was prevented," he said.
The chief Russian antiterrorist official warned that
there was a real possibility of terrorist acts being
carried out in Russian regions bordering on South
Ossetia and Abkhazia.
"The National Antiterrorism Committee has received
evidence that there is a threat of terrorist acts in
Russian areas bordering on South Ossetia and
Abkhazia," he said.
Bortnikov also said over 30 members of the
banned extremist organization Hizb ut-Tahrir
had been brought to justice since the year start.
(Eurasian Secret Services
Daily Review)
Upplagd av hcp kl. 08:00