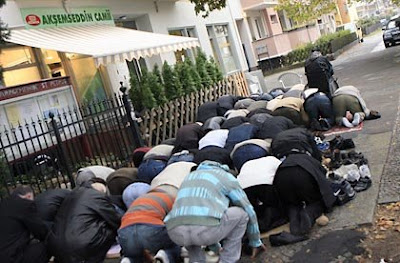 Holländska myndigheterna har haft
anledning bevaka hela spektrat av
islamistiska grupper under snart tio
års tid. Det har också resulterat i ett
antal utmärkta rapporter kring bl a
Saudiarabiens roll i terrorismens fram-
växt och rekryteringen till Jihad.
Nu senast har Nederländernas
Samordnare för Kontraterrorism
publicerat en
informativ och spännande rapport:
Salafism in the Netherlands
A passing phenomenon or a
persistent factor of significance?
(.pdf 75 sid)
***
Inledningen:
The goal of this report is to give an overview
of (the development of) Saudi-inspired salafism
in the Netherlands, with a description of its key
characteristics. Such an overview was
previously not available. In addition, the report
will highlight those developments which will be
of importance in determining the future of
salafism in the Netherlands.
From desert Islam to global Islam
Salafism is an ultra-orthodox school of thought
within Islam, which favours a return to 'pure
Islam' as it was practised at the time of the
prophet Mohammed and by the four righteous
caliphs in the first centuries after Mohammed.
Up to the 1970s, salafism was a marginal
orientation within Sunni Islam, and was to
be found primarily on the Arabian Peninsula.
From that time onward, salafism began to
spread beyond the borders of Saudi Arabia
and developed into a worldwide movement,
predominantly as a result of its missionary zeal.
In western Europe, salafism has flourished
primarily from the 1990s onwards.
Three divergent factions
There are three significant factions within
salafism today: apolitical salafists, political
salafists and jihadist (violent) salafists.
These ideological differences are visible
in the Netherlands as well. The apolitical
and political factions are also referred to
as non-violent salafism in this report.
**
Läs hela rapporten
Upplagd av hcp kl. 12:00