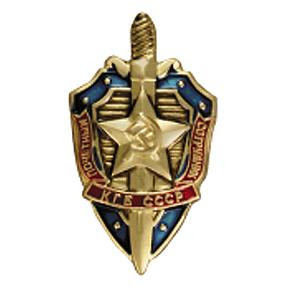 The right hand of bin Laden, the
Number Two in "Al-Qaeda" was trained
at the secret base of the Russian secret
services on Caucasus, the former Lieutenant
Colonel of the Russian Federal Security Service
(FSB) Alexander Litvinenko told the Polish
Rzeczpospolita newspaper. Until the end
of 1998, Litvinenko had served in several
top-secret units that specialized in struggle
against the terrorist and the mafia organizations.
Litvinenko claims that Ayman al-Zawahiri,
who headed at that time the terrorist organization
"Al-Jihad al-jadid" (it was formed from the
Egyptian emigrants - activists of "Al-Jihad"
and "Al-Jamaah al-Islamiyah"), in 1998
secretly stayed on the territory of Russia.
**
Up to the beginning of 1998, the
process of merging of the two most
radical Islamic organizations –
"Al-Jihad al-jadid" and "Al-Qaeda"
was completed. Al-Zawahiri became
the second person in the hierarchy
of the Osama bin Laden's "Al-Qaeda".
In February 1998, being together in
Afghanistan, they have created the World
Islamic Front for Jihad Against Jews and
Crusaders. However, at that time the
Western secret services yet did not pay
any special attention to al-Zawahiri's activity
(several years prior to that, he freely visited
the USA, and several countries of the
Western Europe). The hunt for him, as
well as for his fellows in arms began only
after the explosions in the American
embassies in Kenya and Tanzania,
in August, 1998.
**
Only then the CIA analysts with the
help of the Egyptian and Israeli colleagues
managed to restore retrospectively a part
al-Zawahiri's "activity schedule" for seven
months prior to the attacks in East Africa.
As it was discovered, since January till the
end of July, 1998, he personally supervised
the preparation for the terrorist attacks
in Kenya and Tanzania.
**

For this purpose al-Zawahiri had left the
territory of Afghanistan several times, in
particular traveling to Sudan (in the middle of
May, 1998). In parallel, he paid a lot of
attention to strengthening "Al-Qaeda's" ties
with secret services of Khartoum and Tehran.
**
Although our American and Israeli sources
do not know about al-Zawahiri staying in Russia,
they have supplied us with some other interesting
details. According to this information, in the
first half of 1998, leaders of "Al-Qaeda" tried
in every possible way to increase the level of
coordination with terrorist groups worldwide. For
this purpose the leaders of many such groups
and cells of "Al-Qaeda" were invited to Afghanistan.
Getting close to the large-scale attack on the USA,
Osama bin Laden and Ayman al-Zawahiri have
organized a "congress" of the adherents from all
over the world. It took place on June, 24, at
the capital of the talibs - Kandahar, in southern
Afghanistan. Among the visitors were the
representatives of the Balkan countries, the
Middle East and Africa, and even of the radical
Islamic groups from the republics of the former
USSR. The Uzbeks and the Chechens were especially
outstanding. Besides them, the Kazakhs, the Kyrgyz,
the Dargins, the Lakks, and the Tatars had also
secretly arrived to Kandahar. All of them came
here separately, using sideways. A week prior
to the beginning of the conference, a group of
well-armed al-Zawahiri's assistants had left
by jeeps in the direction of Herat. Following the
instructions of their patron, in the town of
Koh-i-Doshakh they met three unknown men
that arrived from Russia via Iran. The latter
called themselves by Muslim names, despite
the fact that the two of them had a clearly
Slavic appearance. After their arrival in
Kandahar, the 'guests' split up.
One of the "Russians"
was directly escorted to al-Zawahiri,
and he did not participate in the conference.
**
Later on, this 'Russian guest', for almost six
years disappeared out of the secret services' sight.
He reappeared only in 2004. On February, 13,
in the capital of Qatar the car of the ex-president
of the Chechen Republic Zelimhan Yandarbiev
was blown up. Couple of days after his
death, the authorities of the United Arab
Emirates detained two Russian citizens. They
turned to be the officers of the secret services.
For the last three months they had been
working in the embassy of Russia in Doha. After
Yandarbiev's assassination these two Russians
together with several other of their fellow
citizens have hastily left Qatar.
****
Läs hela artikelserien
Upplagd av hcp kl. 10:00