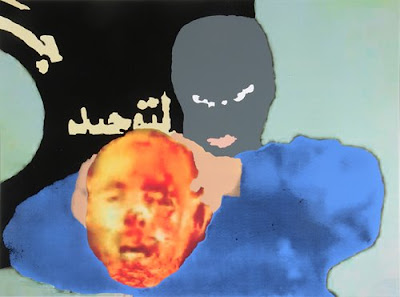 FN-konferensen i Durban 2001
blev en otäck uppvisning i anti-
semitism. Nu är det tänkt att den
ska upprepas i Genéve nästa år.
Den franske filosofen Pascal Bruckner
uppmanar alla demokratier att bojkotta
mötet. Kanada har redan beslutat
vägra deltaga.
***
At the 2001 UN Conference against
Racism in Durban, anti-colonialism bared
its anti-Semitic face. Democracies should
stay away from a repeat performance
next year in Geneva.
By Pascal Bruckner
**
In September 2001 the South African
city of Durban played host to the third
United Nations World Conference against Racism,
which was aimed at achieving recognition
for crimes related to slavery and colonialism.
The event's organisers hoped that the whole
of mankind would use this ceremonious occasion
to face up to its history and chronicle events
with equanimity.These good intentions rapidly
degenerated into one-upmanship among victims
and bloodlust directed at Israeli organisations
and anyone else suspected of being Jewish.
The original intent, which was to heal the
wounds of the past through a sort of collective
therapy and arrive at new standards for human
rights, twisted into an outburst of hatred which,
in the wake of the September 11 attacks that
followed only days later, disappeared from the
public eye.
**
It's time we had another look. Against
the wishes of the organisers, Durban became an
arena where people screamed and hurled insults
at each other in a re-enactment of the comedy
of damned, in the face of the white exploiter.
"The pain and anger are still felt. The dead,
through their descendants, cry out for justice",
Kofi Annan said on August 31 of the same year
– an astounding choice of words for a UN
secretary general and more a call for
revenge than reconciliation. The delegates at
the conference, particularly those from the
Arab-Muslim states, also understood it
as such and, together with the African group,
they transformed the conference into a stage
for anti-colonialist revenge. The West, which is
genocidal by nature, should recognise its
crimes, beg for forgiveness and pay symbolic
and financial reparations to the victims of its
oppression. Emotions ran high and anger
was brought to the boil by coverage of the second
intifada which was being violently quashed
by the Israeli army.
**
Zionism was condemned
outright as the contemporary form of Nazism
and apartheid, but so was "white viciousness",
which had caused "one Holocaust after the other
in Africa" through human trafficking, slavery
and colonialism. Israel should disappear, its
politicians should be brought before an
international tribunal similar to the one
in Nuremberg. Anti-Semitic cartoons were
circulated, copies of "Mein Kampf" and the
"Protocols of the Elders of Zion" were handed out.
Beneath a photo of Hitler were the words
that Israel would never have existed and the
Palestinians would never have had to spill
their blood if he had been victorious. A number
of delegates were physically threatened, there
were calls of "Death to Jews". This farce came to
a head when the Sudanese Minister of
Justice, Ali Mohamed Osman Yasin, demanded
reparations for historical slavery, while in his
own country, people were being shamelessly
thrown into slavery as he spoke. It was like a
cannibal suddenly calling for vegetarianism.
**
One might think that this sinister comedy
would give the UN second thoughts about
repeating its mistake. But there is no
underestimating the extraordinary determination
of dictators and fundamentalists, who have
transformed the UN Human Rights Commission
into a platform for their demands.
A Durban II (The Durban Review Conference)
is due to take place in Geneva 20 to 24 April 2009,
and it promises to be a repeat of Durban 1.
***
Läs hela artikeln
**
Mera info om Durban II
Upplagd av hcp kl. 13:00