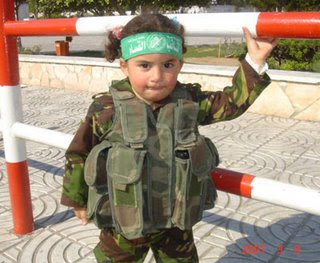 An Islamic charity with ties to Al Qaeda
and the Taliban is now collaborating
with an unlikely new partner: UNICEF,
the United Nations’ Children’s Fund.
**
UNICEF has signed a “memorandum of understanding”
with the International Islamic Relief Organization
(IIRO), a Saudi charity of massive scope that keeps
branches in more than 20 countries and has over
100 offices worldwide.
According to UNICEF, it will be teaming with the
charity’s domestic Saudi branch to “promote
children’s rights, health, equality and education,”
in the oil-rich kingdom — but the organization
has been doing more than just charity work.
**
The U.S. Treasury Department has designated
the IIRO’s branches in the Philippines and
Indonesia as terrorist entities for funding
and supporting terrorist groups that have
killed hundreds in East Asia. The Philippine
branch was founded by Usama bin Laden’s
brother-in-law, Muhammad Jamal Khalifah,
and has long had ties to Al Qaeda.
***
Läs hela artikeln
****
Kommentar:
Varför blir man inte det
minsta förvånad.....
Upplagd av hcp kl. 12:00