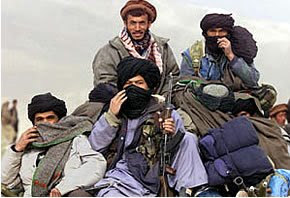 Ni minns säkert den italienske journalisten
Magdi Allam som konverterade från islam
till kristendomen och döptes av Påven under
årets påskmässa. Inte oväntat står han nu
högt på islamisternas dödslista.
**
Magdi Allam, the Christian convert targeted
by Islamist death threats, has expressed
concern about the danger he faces and fears
that the perpetrators may be Italian.
**
"I find it extremely worrying that today
we can find internet sites, full of al-Qaeda-
inspired thought in Italian language, giving
support to Bin Laden's terrorism,"
said Allam in an interview with Adnkronos
International (AKI) on Wednesday.Allam
is an Egyptian-born writer and deputy editor
of Italian newspaper Corriere della Sera,
who converted from Islam to Roman Catholicism
in a highly publicised Easter service conducted
by Pope Benedict XVI at the Vatican in April.
**
"I find this serious because the writers of these
sites are most likely Italians," Allam told AKI.
"I think that this incident should make us
understand that Italy has reached a higher and
more advanced phase of Islamic terrorism,
radicalism and extremism, as it occurred in
Great Britain, France, Holland, Germany and
Belgium."
**
"I consider these extremists and foreign Islamic
terrorists even more dangerous because they
do not have a real grounding in the linguistic,
social and cultural aspects of our country."
**
In a book entitled, Long Live Israel, Allam said
"the root of evil is innate in an Islam that is
physiologically violent and historically conflictual."
***
Läs hela intervjun
Upplagd av hcp kl. 13:30