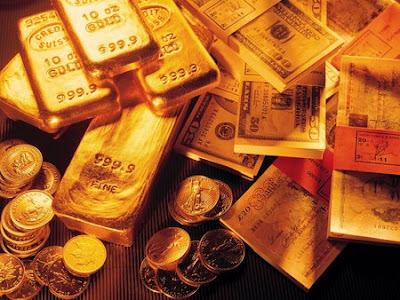 Bayerska Polisen och Statsåklagaren har de senaste
veckorna genomfört minst 14 razzior mot ledande
islamisters bostäder och kontor. Det rör sig om det
ledande skiktet i Muslimska Brödraskapets finans-
förvaltning. Bland dem som medierna direkt
kunde identifiera var Ibrahim El-Zayat, Ayman
Sayed Ahmed Aly, imamen Ahmad
al-Khalifa och konvertiten Ahmad von Dennffer .
Tyska polisen har funnit kopplingar till utländska islamistiska
fonder med terrorkopplingar som Muslim Aid i
Storbritannien och Al-Aqsa Belgium i Belgien.
El-Zayat och Ayman Aly är ledande tjänstemän i
FIOE, Muslimska Brödraskapet i Europa.
En vaken undersökande journalist kunde ju börja med att intervjua
FIOE:s nye ordförande Emiren av Akalla, som bor i Stockholm.
****
GMBDR via Iconoclast:
German law enforcement has announced a major
police investigation involving the Muslim Brother-
hood in Germany and Belgium. According to the
announcement by the Munich police and Public
Prosecutor’s office, searches were carried out of
premises in various cities in Germany and Belgium
today resulting from judicial orders against seven
well-known but as yet unidentified individuals.
However, given the description of the major
figure in the investigation, it is almost certain to be
Ibrahim El-Zayat, the leader of the German Muslim
Brotherhood, described in an earlier post as:
El-Zayat is the leader of the Islamische Gemeinschaft
Deutschland (IGD) which is generally considered to
be the representative of the Muslim Brotherhood in
Germany. Mr. El-Zayat is also a leader in many
European Muslim Brotherhood organizations and is
married to the sister of Mehmet Sabri Erbakan who
is in turn the nephew of Necmettin Erbakan, the leader
of Turkish Milli Görüs.
**
Mr. El-Zayat is highly active in managing Milli Gorus
properties in Germany and in Holland where a mosque
project he was involved with has become embroiled in
controversy. He was also
formerly the Western European head of the World
Assembly of Muslim Youth (WAMY), a Saudi youth
organization that U.S. government agencies and
officials have has helped spread Islamic extremism
around the world as well as sponsoring terrorism
in places such as Bosnia, Israel, and India. A German
newspaper has reported on the real-estate business
of Ibrahim El-Zayat, the leader of the Muslim Brother-
hood in Germany. The report discusses Zayat’s role
as the signatory authority for an entity called European
Mosque Construction and Support. In this capacity,
he advises more than 600 mosques in Europe, providing
project development, insurance, and other services.
**
The report states that he is currently involved with
over 50 new and renovated mosque projects. Zayat
also provides investment services for wealth Arab
investors in the MIddle East who wish to invest
“Islamically” in Europe.
***
Islamistexperten Douglas Farrah kommenterar:
The Global Muslim Brotherhood Daily Report
(free subscription required) brings the otherwise
unreported here news of a major criminal
investigation into several Muslim Brotherhood
leaders and groups in Germany and Belgium.
**
The raids were publicly announced in Germany,
but have not been widely reported. The site
also provides links to other reports, particularly by the
NEFA Foundations on some of those under investigation.
What is striking is the stature of the institutions
that were raided on suspicion of money laundering, criminal
activities, acquisition of property under false pretenses,
and aiding “Islamists” and violent Islamic jihadists.
One thing this shows is that, despite the constant
protests to the contrary, at least the German prosecutors
and those of several other nations, believe there is, in
fact, a transnational Ikhwan organization.
There is, but the Brotherhood usually
denies its existence.
**
It also shows the wealth and power the group
has acquired over time. It set up in Germany in
the early 1960s, and has rolled on, virtually
unchallenged and unexamined, since. This is not
unlike the MB groups in the United States, as
outlined by prosecutors in the Holy Land Foundation
case, who have spread influence as a
“mainstream” Islamic organization.
**
This case is particularly important because it
goes to the intricate financial, real estate and mosque
structure the MB has build over several decades
in Europe, where it has often served as a gateway
for those who join violent jihad.
Upplagd av hcp kl. 12:00