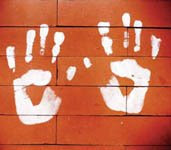 US State Departement publicerar som vanligt
den årliga
COUNTRY REPORTS ON TERRORISM.
Den svenska delen brukar innehålla lite mer
fakta än SÄPO:s årliga vattvälling.....
Om ni studsar inför en del besynnerliga på-
ståenden, som t ex The Government of Sweden
did not provide safe haven to terrorists or terrorist
organizations, så beror det på att det är svenska
myndigheter som skriver den svenska delen.....
Därför, varsågoda:
***
"Sweden
The Government of Sweden placed a high priority on
increasing international cooperation against terrorism.
Swedish authorities considered the threat of terrorist
attacks inside Sweden to be low, but they monitored a
number of known terrorists and terrorist organizations
within their borders, including al-Qa‘ida (AQ), Al-Shabaab,
Ansar al-Islam/Sunna, the Revolutionary Armed Forces
of Colombia (FARC), Hizb Al-Tahrir, Hizballah, Islamic
Jihad, and the Kurdistan Workers‘ Party (PKK).
These groups provided logistical and financial support
to their respective organizations abroad.
*
The Government of Sweden did not provide safe haven
to terrorists or terrorist organizations. Terrorist organizations
exploited Sweden's considerable legal protections of personal
freedoms and civil liberties to maintain a presence in the country,
however. Sweden‘s political asylum policy attracted individuals
from areas of conflict. According to Swedish terrorism experts,
members of terrorist groups, such as Ansar al-Islam, Ansar al-
Sunna, and Hizballah, used funds earned in Sweden to finance
terrorist activities elsewhere. In 2007, the Swedish government
shut down the al-Aqsa Foundation in Malmo when it was
suspected of facilitating such activity for Hizballah.
On December 22, its deputy chairman, Khaled al-Yousef, was
charged with financing terrorism in Israel; he has not been
sentenced. Swedish law does not provide the government
independent national authority to freeze or seize assets,
unless in connection with an ongoing criminal investigation.
However, once the EU takes action, the government can
and does freeze assets of entities and persons listed on
the UN 1267 Sanctions Committee list. This procedure is
managed through the Sanctions Act (1995). Sweden can
also take action against entities designated by the EU
clearinghouse process, although Sweden has not yet
proposed individuals or entities for inclusion on such lists.
Sweden played an active role in EU deliberations to develop
legal instruments for the listing and de-listing of terrorist
organizations and an appeals process after the freezing of
financial assets. Without a designation by the UN or EU,
Swedish authorities only have the right to seize assets
once a criminal investigation has been initiated. Efforts
to create a national authority and address existing short-
comings are underway. Terrorism-related cases in
Sweden included:
*
On May 8, Ahmad Hamad, a Swedish resident born in Iraq,
was arrested and placed in detention by U.S. forces in Iraq.
Hamad remained in detention.
*
In the spring, three Swedish residents of Somali origin
were released from prison after being held for three
months on suspicion of funneling funds to terrorist
organizations in Somalia. (Three others were arrested
in Norway.)
*
On October 5, Abu Qaswarah, a Swedish citizen, died
in a firefight with Iraqi and U.S. forces in Iraq. He
allegedly was the second in command of AQ and
was the senior leader of AQ in northern Iraq. A
Moroccan native, Qaswarah had historic ties to AQ
in Iraq founder Abu Musab al-Zarqawi and senior
AQ leaders in Afghanistan and Pakistan. According
to the Swedish Security Service, Qaswarah was known
for his activities in violent Islamist circles in Sweden
and was listed on the UN and EU terrorist lists in
December 2006.
*
In 2005, the Swedish Court of Appeal found Ali
Berzengi and Ferman Abdullah, Iraqi citizens with
Swedish residency permits, guilty of financially
supporting Ansar al-Sunna terrorist actions in Irbil,
Iraq. They remained in custody awaiting a government
decision on deportation.
*
On August 4, a Moroccan, Abderazzak Jabri, was
extradited from Sweden to Morocco. He first arrived in
Sweden via Spain in 2002 and applied for asylum. He
moved into the mosque in Brandbergen, where he
shared rooms with Abu Qaswarah (see above).
The mosque was under surveillance by Swedish authorities,
who in March 2004 arrested several suspects, including
Jabri. Afterwards Jabri was seen as a ―security threat,"
resulting in the rejection of his asylum case. Jabri
disappeared but turned up in Vienna two years later (2006)
with a fake passport and tickets to Syria. Jabri claimed he
was on his way to Spain to apply for amnesty as an illegal
immigrant. He was then held by Swedish authorities until
his extradition to Morocco in August 2008.
*
The Swedish government also agreed to pay damages to two
Egyptian nationals, Ahmed Agiza and Muhammed Alzery/
al-Zari. The men claimed they had been deported by Sweden
to Egypt, where they had been tortured. An asylum request
to return to Sweden was subsequently denied by Swedish
authorities; both men have appealed and remained in Egypt,
where Agiza is incarcerated.
*
Through the European Common Foreign and Security Policy,
Sweden continued to contribute to capacity-building projects
in Morocco, Algeria, and Indonesia.
Sweden participated in EUROPOL and EUROJUST, European l
aw enforcement institutions that coordinated member states‘
counterterrorism cooperation and activities. Additionally,
it participated in the Nordic Council of Ministers Regional
Forum for Nordic Governmental Cooperation.
Sweden contributed over USD 1,000,000 to the Terrorism
Prevention Branch of the UN Office on Drugs and Crime.
In December, Sweden's Parliament voted to raise its troop
contribution to the International Security Assistance Force
in Afghanistan from 350 to 500. As a country participating
in the Visa Waiver Program (VWP), Sweden continued to
comply with requirements in the VWP law related to
information sharing and other law enforcement and
counterterrorism cooperation. This cooperation was further
enhanced by the Implementing Recommendations of the
9/11 Commission Act of 2007. "
***
Min kommentar:
Som Jihads läsare väl vet är terroristen
Abu Qaswarah en ren fiktion. Mannen
hette Mohamed Mommou....
Upplagd av hcp kl. 12:00