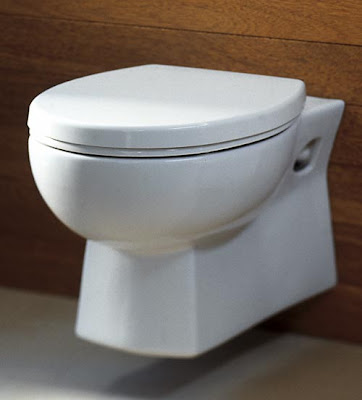 De fem islamistiska pirater som holländska marinen
grep på bar gärning utanför Somalias kust har tydligen
dragit en vinstlott. I ett holländskt fängelse kan man äta,
spela fotboll och titta på TV och så finns där riktiga vatten-
klosetter. Helt annorlunda än det strävsamma livet som
sjörövare, berättar Jihad Watch:
Once again, dhimmis allow Muslim aggression to be a win-win
for them: be a sea-faring pirate and earn lots of booty; get
caught and become a citizen of the Netherlands. "Netherlands:
Somali pirates thinking of immigrating," from Islam in Europe,
May 18:
Arrested Somali pirates who are now in the Netherlands on trial
for their deeds say they would like to stay in the Netherlands.
"It's a good life here."
Suspected pirate Sayid will stand trial on Monday with four of his
countrymen in the first Dutch pirate trial. "I want an education
during my imprisonment, and I appeal to the government not
to send me back to Somalia. The people who live here respect
human rights. I want to live here," he told Volkskrant.
Nothing like a little flattery to pull dhimmi heartstrings.
Fellow suspect Farah also thinks the Netherlands is good. "My
client feels safe here. He eat[s] well, can play football and watch
television. He thinks the toilet in his cell is so fantastic,"
according to his lawyer Willem-Jan Ausma.
According to De Volkskrant Ausma explained to his client that he
could realistically get four years in prison and that he has a
chance for a residence permit. "He's naturally delighted.
He hopes to do computer training and to have his
family come over."
The lawyer fee[l]s that the trials in the Netherlands, but
also in France, the US and Kenya, would encourage
potential pirates rather than deter them.
"Anything is better than sitting on a wharf in Somalia."
Upplagd av hcp kl. 17:06