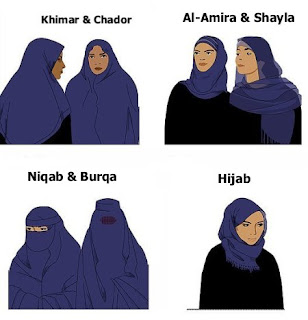 Lämplig Ramadanläsning....
Daniel Greenfield via kollegan Hodja:
***
The problem is not that Islam is not
modern, it is that it is not civilized.
The unspoken liberal assumption
that modernity means tolerance
and reason, is a slave to a linear
understanding of history, an under-
standing that the rise of Islam has
repeatedly discredited, when it first
rose in what had been a relatively
tolerant and even cosmopolitan
region, and today when it rises in
the face of Westernized globalization.
Being modern does not necessarily
mean being better, it means being
more sophisticated. And that is
exactly what modern Islamic
terrorists are, they are more
sophisticated, even if it is a
sophistication borrowed from
the cultures they prey upon.
**
The variants of Islam that are most
dangerous to us are both modern
and reformed. But neither of those
words means secular, which is what
liberal Christians and liberal Jews
tend to think modern religion means.
Modernized Islam has simply learned
from rival societies, religions and
ideologies.
Just as Mohammed learned from
Christians and Jews to create a
religion that took elements from
both, before massacring and
enslaving the people whose beliefs
he had despoiled.
**
As a tool of war, a more sophisticated
Islam is a more sophisticated weapon.
Which is not what any sane person
would desire. It is not more tolerant,
because its ends have not changed,
only the means have.
The Islamists have once again taken
what they need from other cultures
and religions to strengthen and
disguise their campaign, without
ever conceding any ground.
Westerners who apply the European
model to the Muslim world are
making an unfortunate mistake.
While they see history as progressive,
Muslims see history as circular.
While in the West they think they
are climbing a mountain, in the
East they know that they are
only turning a wheel.
Westerners have thrown away
their beliefs and their heritage
to lighten their way up the mountain,
but in the East they tie their beliefs
into a noose for Western necks.
***
Läs hela artikeln
Läs och begrunda !
Upplagd av hcp kl. 07:00