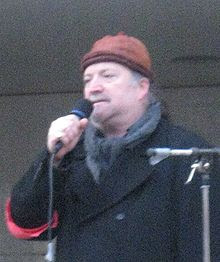 Islamistexperten Douglas Farah berättar
på sin blogg (16 June):
There is still significant debate within the U.S.
government and among members of the
national security establishment over the
level of threat posed by Iran's growing
presence and the increasing presence of
Hezbollah that this presence brings.
So the arrest of a suspected Hezbollah
fundraiser with an outstanding US arrest
warrant in the Tri-border area is another
important indicator of just how deep this
relationship has now become.
**
Moussa Hamdan is the latest in a long
line of suspected Hezbollah financiers
who have been arrested in and around
Ciudad del Este, the main hub of the Tri-
border (where the borders of Brazil,
Argentina and Paraguay meet near
Iguazu Falls) region. U.S., European
and Latin American investigations
have traced tens of millions of dollars
from the region back to Hezbollah in
Lebanon, using the formal and informal
money remittance systems.
**
Hezbollah operatives in the 1994
AMIA bombing in Buenos Aires
have been documented as having
used Ciudad del Este as their base
while planning their attack on a
Jewish target, operating under
orders from Iran.
The Tri-border has historically been a
smuggling and black market center for
the Southern Cone of Latin America,
generating hundreds of millions of dollars
in illicit profits. That is not new. What
changed over the past 15 years is the
importance of the region as a financial
hub for terrorist groups, from
Hezbollah to the FARC in Colombia
to Hamas.
**
So Hezbollah and other terrorist groups
have an expanded playing field. Venezuela
is friendly territory, Ecuador is hospitable
and the Tri-Border network gives them
access to Brazil, Argentina and Paraguay,
none of which want to acknowledge there
is a problem.The key factor in looking at
this expanding territory is the expanding
networks that develop among groups
operating there, and their ability to cross
pollinate and help each other logistically
and financially. It also creates new areas
in which to move illicit goods, and those
goods are likely not to simply be cocaine
and knock off watches.
**
There is another little tidbit pointed out by
a blog reader that goes to the network
aspects. It turns out that Dror Feiler, an
outspoken Swedish-Israeli musician who
was a main organizer of the flotilla to Gaza,
is also on the editorial board of ANNCOL
(Agencia de Noticias Nueva Colombia or
New Colombia News Agency), a key
part of the FARC's external propaganda
machine. (Yesterday it featured, with no
hint of irony, a piece on the humanitarian
treatment that the FARC affords its hostages,
with no mention of the years they spend in
captivity with chains around their necks,
little food and deprived of freedom. It also
sought to portray the recent hostage rescue
by the Colombian military as a "humanitarian
release" by the FARC. Etc. Etc.)
Does that prove Mr. Feiler is a FARC member
or a terrorist? No. But it does prove that these
networks overlap and occupy key players in
strategic locations. And that is what makes
them dangerous.
***
Läs också
Iran in the Western Hemisphere
(Farahs vittnesmål inför Kongressen 2009)
**
Slår Hizballah snart till ?
**
Irans globala terrornätverk
Upplagd av hcp kl. 13:30