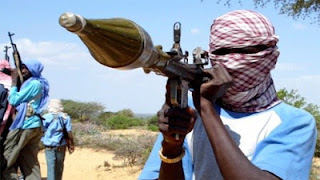 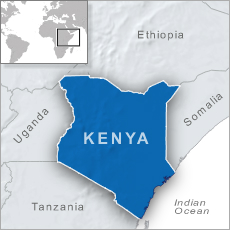 Kenyan police say a grenade attack at a church in
the capital, Nairobi, killed a nine-year-old boy and
wounded three other children on Sunday.
Police chief Moses Ombati says he believes the
attack is tied to sympathizers of al-Shabab militants
in Somalia.
On Friday, Kenyan forces battling al-Shabab in Somalia
pushed into Port Kismayo, forcing the Islamist militants
to retreat from the largest remaining stronghold.
Police say the children in Kenya were at a Sunday school
service at Saint Polycarp Church in Nairobi when someone
hurled a grenade into the building.
“We were just worshipping God in church when we
suddenly heard an explosion and people started running
for their lives but unfortunately we came to realize that
the explosion had injured some kids who were taken to
hospital and unfortunately one succumbed,'' said worshipper
Irene Wambui.
There has been no claim of responsibility for the attack.
Kenya has seen a series of similar attacks on churches since
it sent troops into Somalia last year.
In July, gunmen threw grenades and opened fire inside two
churches in the eastern town of Garissa, killing 17 people.
Prrime Minister Raila Odinga suggested the attacks were
meant to spark tensions between Muslims and Christians.
And he said the violence stemmed from terrorism, not
religious conflict.
Upplagd av hcp kl. 06:35