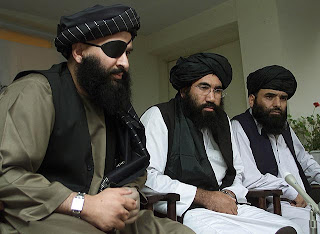 En ung pakistansk akademiker, bosatt i
London men med amerikanskt pass, handlade
upp militär utrustning till talibanernas
krigsherrar.
Detta gav i veckan femton års fängelse.
**
A man who admitted providing supplies and
money to a senior al-Qaeda commander in
charge of waging war against the U.S. and
coalition forces in Afghanistan was sentenced
to 15 years in prison.
Syed Hashmi, 30, who was born in Pakistan
and raised in New York, pleaded guilty in U.S.
District Court in Manhattan in April to a charge
of conspiring to provide material support to
the terrorist group. Hashmi was a member of
a radical Islamic organization known as Al-
Muhajiroun in Britain.
**
Hashmi, who was arrested June 6, 2006, at
London’s Heathrow Airport, is the first person
extradited to the U.S. from the United Kingdom
on terrorism charges.
Hashmi was sentenced today by U.S. District
Judge Loretta Preska, who said in court that
al-Qaeda depends on people all over the world,
not all of whom are personally involved in
combat, to achieve its objectives.
“History has demonstrated that some
within al-Qaeda’s network are U.S.
citizens who exploit the benefits of
their citizenship to identify the
vulnerabilities within the U.S.,”
she said.
“Under the cloak of their citizenship
they travel freely.”
**
Al-Muhajiroun
The U.S. agreed with defense lawyers that
a 15-year maximum sentence was appropriate
in the case.
Prosecutors said Hashmi was a member
of a radical Islamic organization known
as Al-Muhajiroun, a group founded in
1985 which operated in New York, London
and Pakistan.
Hashmi moved to London in September 2003.
**
The U.S. said that in January 2004, Junaid
Babar, a friend of Hashmi from New York,
met in London with other al-Qaeda supporters
where they discussed plans to provide money
and gear to Hadi al Iraqi, al-Qaeda’s military
commander in charge of all of the terror
group’s soldiers in the South Waziristan
section of Pakistan and Afghanistan.
Hashmi admitted that between 2004 and
2006, he provided Babar with British currency
worth about $300 so that Babar could travel
to Pakistan to take equipment, including boots,
sleeping bags and clothing to al-Qaeda’s
fighters launching attacks against the U.S.
and coalition forces in Afghanistan.
He lent Babar use of his mobile phone to
communicate with other al-Qaeda supporters
and allowed other items such as ponchos
and waterproof socks to be stored at his
apartment knowing that they were intended
for use by al-Qaeda members, prosecutors said.
Assistant U.S. Attorney Brendan McGuire
said today Hashmi knowingly provided
equipment that was going into the backpacks
of al-Qaeda members who were attacking
U.S. and coalition troops in Afghanistan.
“Al-Qaeda depends on a wide array of
individuals to survive and flourish,”
McGuire said.
“Not every member is going to pull the
trigger or throw a bomb.”
***
Läs hela artikeln
Upplagd av hcp kl. 08:00