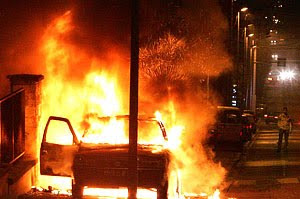 associated with or inspired by guerillas and

terrorist networks originating from the Muslim

The militants belonged to the so-called salafi–

jihadi strand of Sunni Islamism, and

they referred to themselves as “mujahidin” or

Most of these terrorists were affiliated in one

way or another with the Al Qaeda

and the global jihad doctrine propagated by

the organization’s leaders and ideologues.

Some of them were Al Qaeda members who

were supported and controlled by Al Qaeda,

and trained in the organization’s training

facilities in , Khowst, and ,

. Others were members of local

of the Muslim world with varying ties to Al Qaeda

and the global jihad. A number also seem to

have operated quite autonomously from jihadi

organizations, but were clearly inspired by Al