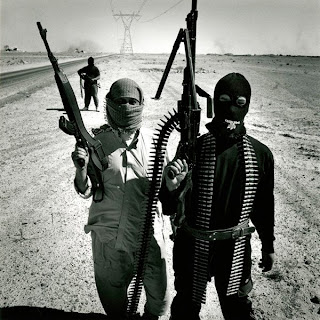 ASIO tip led to jailing of female Muslim
convert in Yemen.
Information provided by the Australian
Security Intelligence Organisation led
to the jailing of Australian mother-of-
three Shyloh Giddins, 30, who
moved to Yemen after converting to
Islam. She is suspected of having links
to al-Qaeda in the Arabian Peninsula
(AQAP).
***
Australisk press rapporterar:
Ms Giddins, who has lived with her
children Amina, 4, and Omar, 7, in
Yemen since 2006, was interviewed
by Yemen's feared National Security
Bureau on May 14 and arrested two
days later in the country's capital, Sanaa.
he is now being held at Sanaa's central
prison, and has been refused access both
to legal representation and her children
who had their passports confiscated and
remain under detention in a Sanaa
apartment.
**
Neither Ms Giddins, Mr Allawo nor the
Australian government has been told why
Ms Giddins is being held, but her arrest
comes in the middle of a crackdown on
foreigners suspected of being linked to a
local jihadi group, al-Qaeda in the Arabian
Peninsula - known as AQAP.
That group is suspected of being behind the
attempted bombing by Abdulmutallab of
the US-bound plane last year.
***
AP berättar mera:
Yemeni authorities have detained several
foreigners, including Americans, Britons
and an Australian woman, in connection
with an investigation into al-Qaida’s
increased activity in the country, security
officials said Wednesday.
**
The arrests were made after foreign
intelligence agencies provided lists of
names of people they wanted detained
or put under surveillance, the two
security officials said.
They would not discuss details about
most of those targeted — a group that
also included Frenchmen, Africans and
Asians — or specify how many they were…
**
The two Yemeni security officials said
some of the recently detained foreigners
are believed to be linked to the Nigerian
man suspected of attempting to blow up
a Detroit-bound airliner in December.
U.S. investigators say the Nigerian, Umar
Farouk Abdulmutallab, has told them
he was trained and instructed in the plot by
al-Qaida in Yemen.
**
Some of the detainees are also thought
to be connected to radical American-
Yemeni cleric Anwar al-Awlaki, who is
believed to have inspired attacks on the
U.S. and is hiding in Yemen, said the
officials, who spoke on condition of
anonymity because they are not
permitted to brief journalists.
****
Läs också
Polisen varnar för
extrema konvertiter
High-tec terrorism ?
Upplagd av hcp kl. 07:00