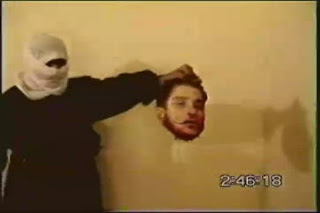 Creeping Sharia avslöjar en interiör
från Al Qaeda i Belgien:
A Belgian who was held in the American
prison-camp of Guantanamo for more
than three years wants to sue the Belgian
state. According to his lawyer, the state
should have intervened since the circum-
stances in the camp were ’degrading’.
Het Laatste Nieuws meanwhile reports
that Moussa Zemmouri has become
the rising star of the British extremist
group, ‘Cageprisoners’.
They officially stand up for human rights,
but are also enamored by imam Anwar
Al-Awlaki , who is considered by many
to be the new Osama bin Laden and an
advocate of Jihad.
**
The same Moussa Zemmouri was
identified as an al-Qaeda linked,
radical Islamist, who received
phone messages from 9/11 master-
mind Khalid Sheikh Mohammed.
Belgium: Former Guantanamo detainee
sues government
*** 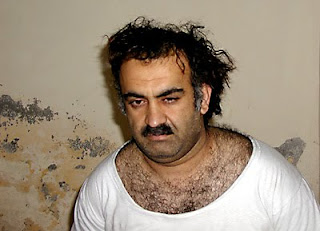 BRUSSELS, 15 September 2004 —
One of 10 suspected Islamic militants on
trial in Belgium admitted yesterday being
a link between Al-Qaeda leaders in Pakistan
and Italy with operatives allegedly planning
attacks in Belgium.
**
Saber Mohammed, an Iraqi national
opposed to the regime of Saddam
Hussein, said he was given two mobile
phones by two men he met in a
Brussels mosque shortly after he arrived
in Belgium at the end of 2000.
He told a Brussels court, where the trial
opened amid tight security Monday, that
he was asked to receive calls on the
phones and discreetly pass on information
to the two contacts.
**
Mohammed said that the two men,
“who talked a lot about radical Islam and
hated the West,” chose him because he was
“not being bugged,” adding that he was
“abused” by them and did not share their
views.
The two men for whom Mohammed
said he served as “voicemail box” have
been named as Moussa Zemmouri, a
Moroccan-born Belgian currently detained
at the US military base in Guantanamo
Bay, and Moroccan Driss Elatellah.
**
According to prosecutors, on June 2, 2001
— three months before the 9/11 attacks —
one of the two phones was called three
times from Pakistan by Khalid Sheikh
Mohammed, considered Osama Bin
Laden’s No. 3.
Suspect Admits Being Al-Qaeda Link
in Belgium
***
Upplagd av hcp kl. 16:45