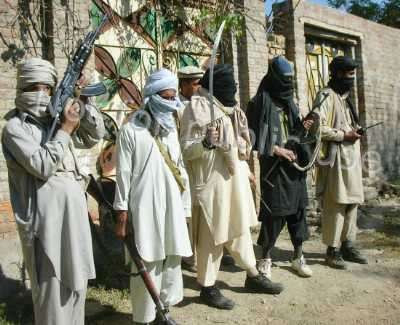 NEFA Foundation har på fredagen utkommit
med en ny spännande rapport:
Analysis of the Spanish Suicide Bombers Case
(För bakgrunden, läs
Pakistanska självmordsbombare i Spanien )
Baserat på bl a de omfattande åtalen och
material från Pakistan konstaterar utredaren
Douglas Farah:
The court documents and reporting about the
case make several important points.
The first is that there is some command
and control in Pakistan that exercises
control over a significant part of the
jihadist network operating not only in Spain, but
across Europe. The would-be suicide bombers
were recruited in Pakistan, trained in
Pakistan, and then sent to Spain to join
already-existing networks of sympathizers.
Some reports indicate the group was acting
under the orders of Baitullah Mehsud, the new
head of the Taliban in Pakistan, who has
been publicly blamed for the assassination of
former Pakistani prime minister Benazir Bhutto.
“That these people were ready to go into action
as terrorists in Spain—that came as a surprise,”
said judge Baltasar Garzon,
Spain’s highest anti-terrorism magistrate.
“In my opinion, the jihadi threat from Pakistan is
the biggest emerging threat we are facing in
Europe. Pakistan is an ideological and
training hotbed for jihadists, and
they are being exported here.”
Not only is the role of jihadists in Pakistan
a new development, it shows the
important role that diasporas from Pakistan
and elsewhere play in allowing networks to
operate and integrate across international
boundaries and great distances. This
specialized, stratified cell that operates with
outside guidance is a significant qualitative
step up from the homegrown jihadists operating
on their own, in the hopes of bringing
glory to Allah.
This type of action is a hybrid
of complicit homegrown networks within a
country working with those from outside
the network who have received special
training and instructions.
The ideological bond and
connection is formed by itinerant
preachers who bring their messages of
radicalization to the expatriate communities,
tying the radical groups in Pakistan to
their ideological soul mates in Europe.
The second lesson is that the Spanish
cell reportedly had plans not only to attack
the Barcelona metro system, but to carry out
a series of attacks across Europe.
According to the informant, after the initial
bombing in Barcelona, Mehsud in Pakistan would
issue a series of demands, including the
withdrawal of foreign troops from Afghanistan.
If the demands were not met, there would be
another series of suicide bombing in Barcelona,
then across Europe.
“If they didn’t comply, France.
If they didn’t comply, Portugal.
If they didn’t comply, Britain.
There are many people ready there,”
the informant told police.
While the information is impossible
to verify, if accurate it would mean not only
that the cell in Barcelona had been
set up, but that it had been set up in
conjunction with other cells in other
European countries.
That, in turn, would imply that the
network of networks was able to communicate
and coordinate actions on a fairly significant level.
**
However, the emergence of a
cadre of suicide bombers
being trained and sent from
Pakistan to cooperate and
operate in conjunction with
homegrown Islamist networks in
Europe represents a significant
shift in complexity and
sophistication from the homegrown
terrorist networks operating alone.
The shift also shows
a new level of interest in
Pakistani Islamist networks
in working beyond their local
and parochial concerns.