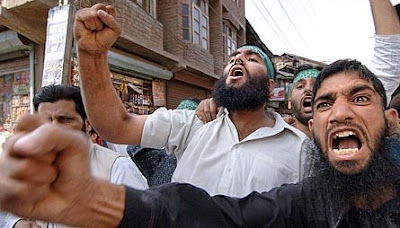 Schleswig, Germany -- A 33-year-old Jordanian man was jailed by Germany for two years Thursday after admitting he participated in instant-messaging conversations about committing terrorist acts.
Thaer A, who was arrested in Sweden after police observed the chat, is expected to be deported to Jordan in April, because he has been in pretrial detention in Sweden and Germany for a year and can claim remission of one third of the sentence for good behaviour.

"I accept the sentence," he told the judge in Schleswig, northern Germany.
He and his attorneys had earlier made a plea bargain, with an admission in exchange for a sentence shortened to two years.
The founder of the instant-messaging buddy list, Moroccan-born German national Redouane el-H, was sentenced last month to two years and nine months in jail on the same charge, part of a total of five years and nine months on a collection of charges, but has appealed.

The Islamists discussed over the Internet how they would establish a terrorist training camp in Sudan, but never carried out the plan.
The suspect, whose family comes originally from the Palestinian region, was supposed to provide the financial means for the cell.
Police tracked down the members of the cell by monitoring chat-room conversations, arresting A in Sweden in March last year.

"They wanted to set up a front against the West in line with calls from Osama bin Laden to defend Islam against the Crusaders," prosecutor Matthias Krauss said.
The accused said he was committed to taking up arms to defend his country against attack.
Another alleged member of the cell, the Moroccan Abdel-Ali M, was extradited to Germany from Sweden in May last year, and is also to be tried.