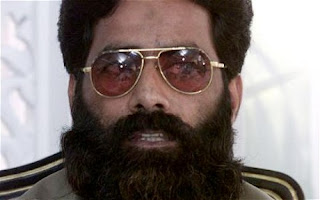 The Kashmiri network in was

uncovered by MI5 when David Coleman

Headley, an American working with

Kashmiri, travelled to in August

help him with an attack on the Danish

They, in turn, sent him to meet a contact

called “Farid” in , a businessman

of North African origin living in an apartment

Farid apparently told Headley he could not

help because he was being “continuously

watched,” according to a later interrogation

Headley was arrested in October 2009 after

a tip off to the Americans from MI5 and

has pleaded guilty to planning the attacks

on the Jyllands-Posten newspaper.

The plan was called the “Micky Mouse

Project” because the attack was in revenge

for cartoons portraying the Prophet

och rekognocera i bl a Danmark

Ilyas Kashmiri, one of the world’s

most wanted terrorists, sent an

associate to to meet two

security sources have told the

The British contacts were supposed

to assist the associate, a citizen

plans for a truck-bomb attack on the

of the Prophet Mohammed.

Kashmiri said contacts in would

for Headley, according to US documents,

It is feared the network has now been

for Mumbai-style attacks in .

that he had already sent terrorists to

and as part of the plot,

sparked an alert across the continent

“The allegation against the defendant is

that he is an al-Qaeda operative who

participated in a conspiracy to attack

western interests by the use of explosive

“A wide international conspiracy was

conceived by the al-Qaeda external

This conspiracy extended to planning

attacks in the , and the

this week that the American cell, which

had gone to ground after the

attacks on the subway in September

last year when an email from their bomb-

maker, Najibullah Zazi, to Ahmad was

was arrested in July, and members later

admitted plotting to blow up the Danish

of cartoons of the Prophet Mohammed and

the Chinese embassy in .

The attacks were the idea of a senior British

another man called Saleh al-Somali, both of

whom were killed in . In the other

making chemicals, but none were found in