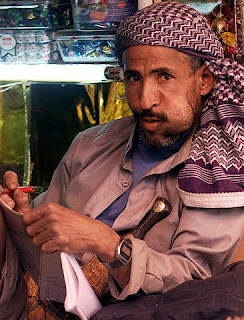 Kopplingen mellan khatsmugglingen
över Öresundsbron och den islamistiska
terrororganisationen Al Shabaab
har länge varit välbekant. Nu
bekräftas den från ett oväntat håll....
Den somaliska webbtidningen
Warkamaanta berättar om khat-
smugglingen till Sverige och om hur
den finansierar Al Shabaab:
Hassan, a former Somali Khat smuggler living
in the Swedish city of Malmo says the Somali
Khat traders in Europe particularly in Nether-
lands give financial support to the Al-Qaeda
linked militant group of Al-Shabaab in Somalia,
the Dutch newspaper De Pers published on
Monday.
**
Hassan who had been jailed for Khat smuggling
in Sweden was later released and told the
Swedish intelligence service what he knows
about the link between the Khat trade in
Europe and Al-Shabaab.
"The money from Khat trade goes to Somalia
by the time the official assets of Al-Shabaab
are frozen world. Therefore the khat trade is
one of the few ways to raise money for the
terrorist group Hassan said adding because
they need the money to pay their soldiers.
We used to send some twenty thousand
Euros to Al-Shabaab in Somalia per week.
**
Hassan said when the situation in Somalia
escalated he stopped in the smuggling career.
“I did not want blood on my hands."
- "95% of the Khat from Netherlands is
smuggled to Sweden and the price of the
Khat is five times higher in Sweden than
Netherlands. The Khat is also smuggled
into Germany and the Scandinavian countries.
The trade of Khat surely earns thousands
of Euros. Said Stefan Kalman, Khat-specialist
of the Swedish police.Mr. Kalman assured
that Khat trade in Europe is an excellent
opportunity for Al-Shabab to raise money
for war in Somalia.
But the Dutch intelligence service, the AIVD,
says there is not sufficient evidence that the
khat trade in Western Europe could be a
source of income for Al-Shabaab.
**
The support from Somalis in Netherlands is
limited. We are keeping close eye to activities
of Somalis in Netherlands so I dont think
there is risk emerging, an AIVD spokesman
said. 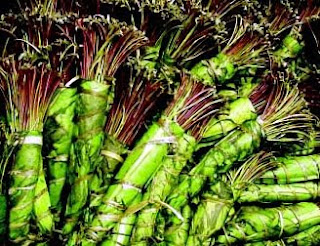 Four times a week, more than twenty
thousand pounds of Khat leafs are
imported from Kenyan capital Nairobi
to Schiphol Amsterdam.The Khat
consumption gives you highly
stimulation and hunger disappears soon
after you chew a branch of Khat, a
narcotic green leaf. Around 22,000
Somalis in Netherlands mainly men
consume Khat.
Your hunger disappears, you get a
euphoric feeling, Somalis can not
do without. But twenty thousand
pounds, which is quite a bit for the
estimated 22 000 Somalis who are
currently staying in the Netherlands.
Upplagd av hcp kl. 09:00