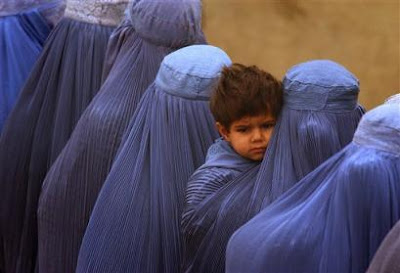 AL-LAITH: A 10-year-old bride was returned last Sunday
to her 80-year-old husband by her father who discovered
her at the home of her aunt with whom she has been hiding
for around 10 days.
A local newspaper said the husband, who denies he is 80 in
spite of claims by the girl’s family, accused the aunt of meddling
in his affairs.
“My marriage is not against Shariah. It included the
elements of acceptance and response by the father of the bride,”
he said.
He added that he had been engaged to his wife’s elder sister
and that this broke off as she wanted to continue with her
education.
“In light of this, her father offered his younger daughter.
I was allowed to have a look at her according to Shariah and
found her acceptable,” he said.
Maatouq Al-Abdullah, a member of the National Society for
Human Rights (NSHR), said there is no system in place
regulating the marriage of young girls, something that he said
results in adverse psychological, health and social effects.
“Such marriages are considered a gross violation of charters
on the rights of children, which the Kingdom has signed and
which set the age of adulthood at 18,” he added.
Upplagd av hcp kl. 10:00