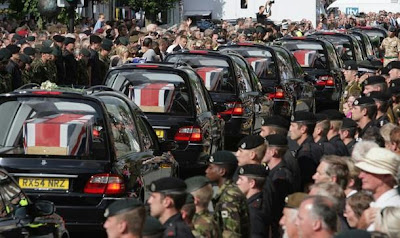 A procession of hearses carrying the bodies of eight
British soldiers killed in Afghanistan in a 24 hour
period travels through the streets of Wootton Bassett,
in Wiltshire, on July 14, 2009.
The bodies of eight soldiers killed in Britain's bloodiest
24-hour period in Afghanistan were flown home on
Tuesday as the head of the army said they had not
died in vain. The families of the men, three of whom
were 18-year-olds, were at the RAF Lyneham airbase
in southwest England to see the coffins draped in the
Union Jack flag carried slowly one by one from the
transport plane. Thousands of people, including many
soldiers, lined the streets of the nearby town of Wootton
Bassett to pay their respects as the eight hearses were
driven past, following a private ceremony at a chapel
of rest for the families
(DoD photo) 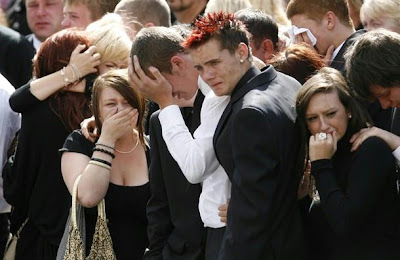 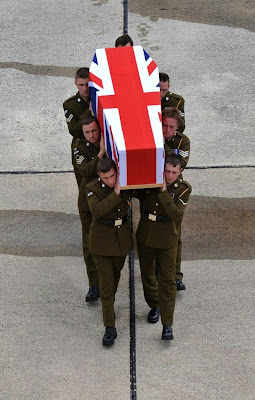 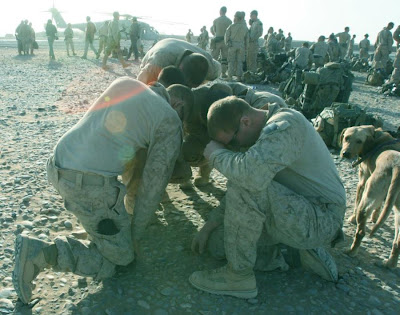 U.S. Marines with 2nd Battalion, 8th Marine Regiment,
Regimental Combat Team 3, 2nd Marine Expeditionary
Brigade, along with approximately 650 Afghan soldiers
and police officers from the Afghan National Security
Force (ANSF), prepare to board CH-53D Sea Stallion
and CH-53E Super Stallion helicopters at Forward
Operating Base Dwyer, Afghanistan, July 2, 2009.
The Marines and ANSF are partnered for a major
operation in the Helmand Province to transition
security responsibilities to the Afghan forces. The
Marines and ANSF will move into towns and villages
along the Helmand River Valley in an effort to secure
the population from the threat of the Taliban and
other insurgent intimidation and violence.
(U.S. Marine Corps photo) 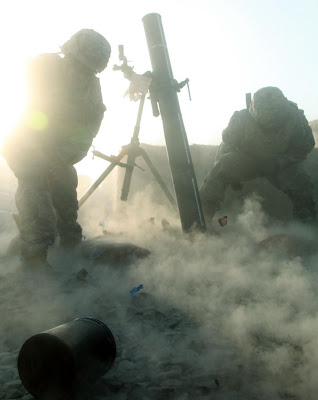 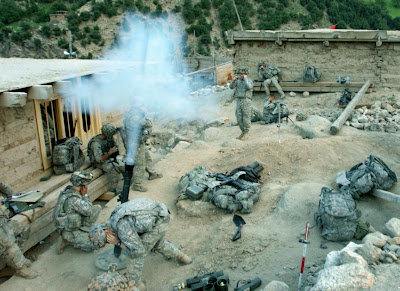