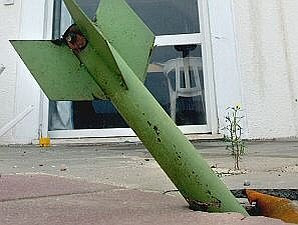 Den amerikanske juridikprofessorn Alan M Dershowitz
kommenterar Operation Cast Lead i Jerusalem Post:
Israel's military actions in Gaza are entirely justified
under international law, and Israel should be
commended for its act of self-defense against
international terrorism.
Article 51 of the United Nations Charter reserves
to every nation the right to engage in self-defense
against armed attacks. The only limitation
international law places on a democracy is that
its actions must satisfy the principle of proportionality.
Israel's actions certainly satisfy that principles.
**
When Barack Obama visited the city of Sderot
this summer, he saw the same things that I had
seen during my visit on March 20 of this year.
Over the last four years, Palestinian terrorists -
in particular, Hamas and Islamic Jihad - have
fired more than two thousand rockets at this
civilian area, which is home to mostly poor
and working-class people.
The rockets are designed exclusively to maximize
civilian deaths, and some have barely missed
schoolyards, kindergartens, hospitals, and school
buses. But others hit their targets, killing more
than a dozen civilians since 2001, including in
February 2008 a father of four who had been
studying at the local university.
These anticivilian rockets have also injured
and traumatized countless children.
**
Läs hela artikeln
Upplagd av hcp kl. 06:00