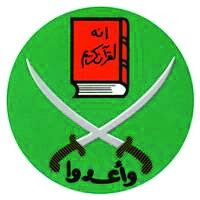 The Muslim League in Poland is building a modern, three-story mosque near the centre of Warsaw. The Centre of Islamic Culture, designed by KAPS Architekci, will be located in the close vicinity of the Blue City shopping centre, at the Zeslancow Syberyjskich roundabout just to the west of the city centre. The three-story building will have an 18-metre high minaret. But the characteristic sound of prayer will not be heard drifting over the city. “A muezin’s call for prayer will be heard only in a prayer room, not outside,” says Samir Ismail, head of the Muslim League in Poland. Apart from a prayer room, the centre will consist of a library with a multimedia room, art gallery, restaurant, café and shop. “We will pray there and make Poles aware that Islam is a moderate religion,” says Ismail. The construction of the mosque will be mainly financed by a Saudi investor but the League does not want to reveal who it is or what the cost of the investment will be.

An academic source in Poland describes the Muslim League of Poland as follows:

The chief competing organization is Liga Muzułmańska RP (Muslim League in Poland) founded in 2001 (officially registered in 2004), which is almost exclusively composed of foreigners and converts, and whose main objective is to promote in Poland the Middle Eastern model of Sunni Islam according to the standards mostly from Saudi Arabia, the leaders of which have long relished the idea of creating in the future, preferably under their leadership, the previously mentioned European caliphate…. One of the informal league leaders is Imam Abdelwahab Bouali, the manager of the Islamic Centre in Białystok, who questions the spiritual leadership of Miskiewicz as mufti and criticizes him for not representing all Muslims in Poland but only those belonging to MZR RP. The internet address of the league’s portal is http://www.islam.info.pl/ and its leader is Samir Ismail. Previously, League was lead by, among others, a convert, Iwona Alkhalayla. The League has its units in Łódź, Warsaw, Katowice, Lublin, Wrocław, Białystok and Poznań. The League is composed of: members of Stowarzyszenie Studentów Muzułmańskich w RP (Muslim Students Society) (http://www.islam.org.pl/) and Muzułmańskie Stowarzyszenie Kształtowania Kulturalnego w RP (Qualification Muslim Cultural Society in Poland) (http://mskk- islam.8m.com/main.htm), both operating in Białystok.

The Federation of Islamic Organizations in Europe (FIOE) claims to be an independent organization representing the interests of Muslims in Europe. In reality, the FIOE is an umbrella group that comprises the global Muslim Brotherhood in Europe. Strong links connect FIOE’s leadership central institutions and member organizations to the Brotherhood, as well as to Saudi Arabia. Funding for the FIOE is derived largely from Gulf sources, including some of the ruling families of the United Arab Emirates. The FIOE has strong ties to Hamas and Hamas fund-raising organizations, and some FIOE member organizations show evidence of links with Al-Qaida. The FIOE recently opened a headquarters office in Brussels and has had some success in positioning itself as a “dialog partner” for the EU and other important institutions.

It should also be noted that Dr. Ismail has been listed in FIOE documents as one of the heads of its Tarbiya (Education) Department along with Abou Shewarib (aka Abou Shewareb), currently under investigation by the German government as part of a Hamas fund-raising and money-laundering case and named in a 1997 media report as the head of Hamas in Berlin.

(Note: The story on the mosque construction was first reported by the Islam in Europe blog.)