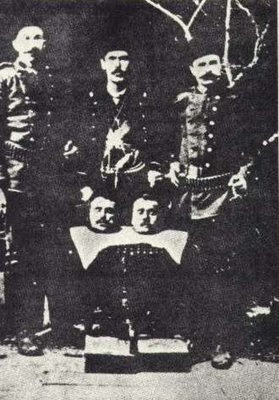 Turkish Prime Minister Recep Tayyip
Erdogan on Sunday continued his
verbal assault on Israel, according
to Saudi paper Al Wattan, which
quoted him as saying that that al
Aksa Mosque, the Cave of the
Patriarchs and Rachel’s Tomb
“were not and never will be Jewish
sites, but Islamic sites.”
**
Erdogan was referring to Israel’s recent
inclusion of the Cave of the Patriarchs
and Rachel’s Tomb on its national
heritage list, but it was unclear why
he mentioned the Aksa Mosque, since
that site was not included.Speaking to
Palestinian journalists, Erdogan reportedly
said, "Palestine [was] always at the top
of Turkey’s priorities." He expressed his
support for the renewal of indirect talks
between Israel and the Palestinians.
Donning a cloak of pan-Islamic identity,
Erdogan told Al Wattan that he “loves my
brothers in Fatah and my brothers in Hamas
to the same degree, because they are my
Muslim brothers and I cannot distinguish
between them.”
**
Turkey’s prime minister began criticizing
Israel in the wake of Operation Cast Lead
last year, and has been punctilious in voicing
his opinion on Israel’s actions since. In the
recent past, he sharply criticized Israel
during press conferences with the Lebanese
prime minister and with Iranian President
Mahmoud Ahmadinejad.
**
Turkey also recently distanced itself
from the United States, withdrawing the
ambassador from Washington after a
congressional committee decided to
recognize the killing of Armenians
during World War I as a genocide.
In a sign of tensions between Israel and
Turkey, Ankara did not seek the help of
Jewish lobbies in Washington, and these
groups, which have traditionally advocated
on behalf of Turkey, refrained this time
from pressing Congress not to accept the
resolution.
***
Jewish Internet Defence Force
***
Läs också
Turkisk islamistisk femtekolonn...?
Mod och anständighet - på ett oväntat ställe...
Känd islamist stryper 13-åring för opposition
Upplagd av hcp kl. 07:00