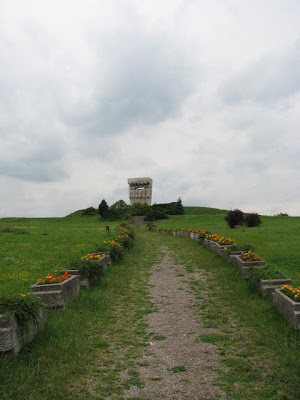 camp near Krakow, , has been vanda-

lized with graffiti, according to the

Plaszow was a labor concentration camp,

Goth. Goth was hanged in September 1946

not far from Plaszow, after being found guilty

of the murder of thousands of people.

"Hitler Good!" were painted in red on a large

monument, and a memorial plaque was

painted with a swastika.

The vandalism was found just a day before

a memorial march commemorating the 67th

anniversary of the liquidation of the