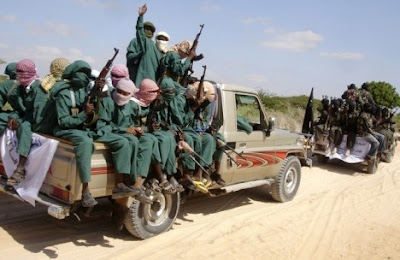 Mr. Ahmed, who was sent to on Saturday

after being arrested in the West African country of

, is charged with providing and conspiring to

Al Shabab, which the State Department has listed as

He's also charged with receiving and conspiring to

which has recently sworn allegiance to Al Qaeda.

prosecutors say Ahmed is believed to be a

citizen of the tiny East African country of ,

who lived in , and that he learned to make

is the bitter enemy of , which

occupied neighboring for more than

to wrest control of the country from militant

has for years supported Al Shabab, at least

according to the government and most

During her trip to in August, Secretary of

State Hillary Clinton warned that the would

"take action" against Eritrea if it does not stop

"It is long past time for to cease and

desist its support of Al Shabab and to start

being a productive rather than a destabilizing

"We are making it very clear that their actions