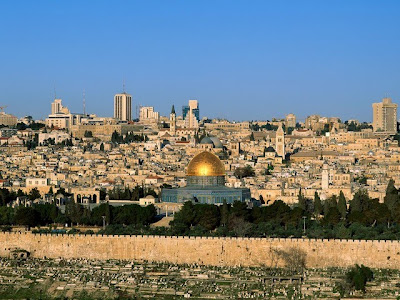 Diakonia’s stated goals “fair and sustainable development”, but their work related to the Arab-Israel conflict is very political and counterproductive in terms of promoting their humanitarian objectives. Diakonia reportedly sponsored ten articles in the Swedish media in October 2008, nine of which focused on Israel.

Diakonia’s International Humanitarian Law(IHL) program receives the majority of Diakonia’s funding for the region (SEK 46.4m, 2006-9). The program provides the foundation for the political and legal war against Israel and its International Advisory Council is comprised overwhelmingly of Palestinian advocates, including Charles Shamas, a founder of Al Haq and Human Rights Watch Middle East North Africa board member who compares Israeli policy to “apartheid” and “genocide”.

From 2007-9, Diakonia directed SEK 1.5m to the radical NGO known as the “Alternative Information Center (AIC)”. AIC compares Israeli military and political figures to Nazis, and claims that working with Peres Center for Peace is “morally disgusting” and that Shimon Peres is an “enemy” of “human rights and of peace”.

Sabeel received SEK 800,000 from 2006-8. Sabeel is a leader in the anti-Israel church divestment campaign. Its Director, Naim Ateek promotes the one-state solution and regularly employs anti-Semitic theological themes, referring to the “Israeli government crucifixion system” which places “Jesus…on the cross again, with thousands of crucified Palestinians around him.”

SEK 3.2m was directed to Al-Haq from 2006-10. In July 2008, Israel’s Supreme Court upheld a visa denial for Al-Haq’s General Director Shawan Jabarin, due to evidence that he is “among the senior activists of the Popular Front terrorist organization.”
Diakonia’s “Position Paper on Israel and Palestine” is the only country specific paper Diakonia has issued. It promotes the Palestinian narrative including the “right to resist”, uses "apartheid” rhetoric, and repeats the fictitious history that blames Israel entirely for the conflict.

NGO Monitor recommends that Diakonia cease funding extremist NGO partners and provide professional and non-ideological criteria for decision making. In addition, the IHL program should be ended, or redesigned to ensure that it reflects both Palestinian and Israeli perspectives, with a professional and transparent evaluation process to determine whether stated objectives are being met.
NGO Monitor’s President, Prof Gerald Steinberg said, “As NGO Monitor’s systematic research report shows, Swedish government funds are bankrolling Diakonia’s delegitimization of Israel using a highly distorted version of international law. Through Diakonia, radical NGOs make the highly offensive comparison between Israeli defense against terror and the crimes of Nazism.

This government sponsored demonization contributes to the atmosphere which produced the obscene article in the Swedish newspaper Aftonbladet. Diakonia has the obligation, particularly as a church group, to initiate an independent comprehensive review of its activities and procedures. And the Swedish government, particularly as President of the EU, must stop this highly destructive misuse of public funds”.