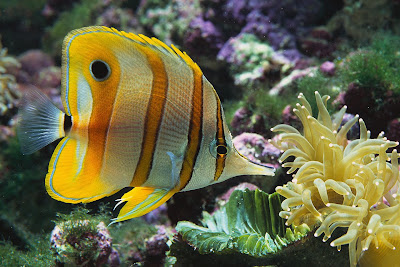 En av Israelhatarnas mest omhuldade myter
smulas här sönder - av "primärmaterialet"
själv.....
*
PA daily: Arabs left homes on their own to facilitate
destruction of Israel -- and thus became refugees
by Itamar Marcus and Barbara Crook
Palestinian Media Watch Bulletin
May 20, 2008
The Arabs who became refugees in 1948 were not expelled by Israel but left on their own to facilitate the destruction of Israel, according to a senior Palestinian journalist writing in a Palestinian daily. This plan to leave Israel was initiated by the Arab states fighting Israel, who promised the people they would be able to return to their homes in a few days once Israel was defeated. The article in Al-Ayyam concludes that these Arab states are responsible for the Arab refugee problem.
A backbone of Palestinian English-language propaganda is the myth that Israel expelled hundreds of thousands of Arabs from Israel and created Arab refugees. But in recent years, PMW has documented an increasing willingness among Palestinians to openly blame the Arab states and not Israel.
Following are five such statements of blame, starting with this most recent article and including testimony from refugees themselves and corroboration by Palestinian leaders. Clearly, there is a growing Palestinian willingness to blame the Arab leaders, which corroborates Israel's historical record.
1. Jawad Al Bashiti, Palestinian journalist in Jordan, writing in Al-Ayyam, May 13, 2008

"...The leaders and the elites promised us at the beginning of the "Catastrophe" in 1948, that the duration of the exile will not be long, and that it will not last more than a few days or months, and afterwards the refugees will return to their homes, which most of them did not leave only until they put their trust in those "Arkuvian" promises made by the leaders and the political elites. Afterwards, days passed, months, years and decades, and the promises were lost with the strain of the succession of events..." [Term "Arkuvian," is after Arkuv - a figure from Arab tradition - who was known for breaking his promises and for his lies."] "
[Al-Hayat Al-Jadida, December 13, 2006]
3. Asmaa Jabir Balasimah, Woman who fled Israel in 1948, Al-Ayyam, May 16, 2006
"We heard sounds of explosions and of gunfire at the beginning of the summer in the year of the "Catastrophe" [1948]. They told us: The Jews attacked our region and it is better to evacuate the village and return, after the battle is over. And indeed there were among us [who fled Israel] those who left a fire burning under the pot, those who left their flock [of sheep] and those who left their money and gold behind, based on the assumption that we would return after a few hours."
[Al-Ayyam, May 16, 2006]
4. Son of man who fled in 1948, PA TV 1999
An Arab viewer called Palestinian Authority TV and quoted his father, saying that in 1948 the Arab District Officer ordered all Arabs to leave Palestine or be labeled traitors. In response, Arab MK Ibrahim Sarsur, then Head of the Islamic Movement in Israel, cursed those leaders, thus acknowledging Israel's historical record.
"Mr. Ibrahim [Sarsur]. I address you as a Muslim. My father and grandfather told me that during the "Catastrophe" [in 1948], our district officer issued an order that whoever stays in Palestine and in Majdel [near Ashkelon - Southern Israel] is a traitor, he is a traitor."
Response from Ibrahim Sarsur, now MK, then Head of the Islamic Movement in Israel:
"The one who gave the order forbidding them to stay there bears guilt for this, in this life and the Afterlife throughout history until Resurrection Day."
[PA TV April 30, 1999]
5. Fuad Abu Higla, senior Palestinian, Al-Hayat Al-Jadidah, March 19, 2001
Fuad Abu Higla, then a regular columnist in the official PA daily Al Hayat Al Jadida, wrote an article before an Arab Summit, which criticized the Arab leaders. One of the failures he cited, in the name of a prisoner, was that an earlier generation of Arab leaders "forced" them to leave Israel in 1948, again placing the blame for the flight on the Arab leaders.

"I have received a letter from a prisoner in Acre prison, to the Arab summit:
To the [Arab and Muslim] Kings and Presidents, poverty is killing us, the symptoms are exhausting us and the souls are leaving our body, yet you are still searching for the way to provide aid, like one who is looking for a needle in a haystack or like the armies of your predecessors in the year of 1948, who forced us to leave [Israel], on the pretext of clearing the battlefields of civilians...
So what will your summit do now?"
[Al-Hayat Al-Jadida, March 19, 2001]

Conclusion
It is clear from these statements that there is general acknowledgement among Palestinians that Arab leaders bear responsibility for the mass flight of Arabs from Israel in 1948, and were the cause of the "refugee" problem. Furthermore, the fact that this information has been validated by public figures and refugees in the Palestinian Authority media itself confirms that this responsibility is well-known - even though for propaganda purposes its leaders continue to blame Israel publicly for "the expulsion."
**
Upplagd av hcp kl. 10:20