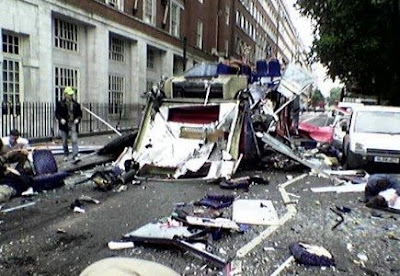 EUROPOL är en myndighet som överraskar,
ibland.....
För bara en månad sedan skrev jag om den
årliga terrorismrapporten 2007, som gav
lite intressant statistik, men knappast en
tillstymmelse till analys.
Nu kom den nya TE-SAT-rapporten 2008
med ett riktigt hyggligt försök till analys.
***
Gripna islamister i EU 2007:
Belgien 9
Bulgarien 4
Cypern 2
Danmark 9
Frankrike 91
Irland 0
Italien 21
Nederländerna 4
Portugal 1
Rumänien 1
Slovakien 1
Spanien 48
Storbritannien *
Sverige 2
Tyskland 3
Österrike 5
=============
totalt 201(exkl UK)
* Storbritannien rapporterar endast
en total på 203 gripna, där huvuddelen
är misstänkta för islamistiska terrorbrott.
***
"The UK reported a significant and increasing
number of suspects that are under investigation
on suspicion of Islamist terrorism. At the time of
the 11 September 2001 attacks in the US, approx.
250 Islamists were under investigation on charges
of terrorism in the UK. Since then, there has been
a major increase in numbers: from 500 people
under investigation in July 2004, the figure
reached 1,600 by the end of 2006. In November
2007, the British Security Service was looking at
no fewer than 2,000 individuals posing a direct
threat to national security."
***
"The number of suspects arrested for recruitment
increased in 2007. Twenty-nine individuals were
arrested in four member states: Belgium, Rumania,
Spain and Sweden. The majority of those arrested
were suspected of recruitment for jihad in Iraq.
One of the suspects was arrested for recruitment
on behalf of AQIM."
***
"The member states continue to report on EU
nationals and residents who are being recruited
for jihad in Iraq and Afghanistan. In 2007, Iraq
attracted the largest number of recruits from EU
member states. In Belgium, an investigation into
the recruitment of suicide bombers for Iraq
revealed a network of intermediaries for al-Qaeda
spread across Europe and the Middle East. The
investigation started in 2005 after a Belgian
woman became the first European female suicide
bomber in Iraq."
***
"Routes and logistics to smuggle recruits from
France, Spain and Italy to Iraq continue to be
dominated by North African Islamists. North
African cells in Europe were also found to be
recruiting young EU nationals for training in North
or West Africa. In June 2007, three Moroccans
were arrested in Spain attempting to transfer
recruits to training camps in the Sahel region."
***
"In France, police and intelligence services found
increasing evidence that Somalia is becoming a
new alternative destination for people willing to
fight jihad. In early 2007, UK authorities estimated
that British passport holders fighting with the
Islamists in Somalia were “in their dozens”.There
are also indications that terrorist training and
planning of attacks—with a focus on the UK—is
taking place in Somalia."
****
Upplagd av hcp kl. 09:00