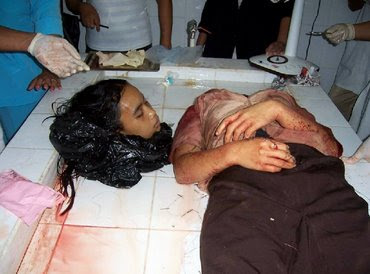 Three Indonesian girls beheaded
Three girls have been beheaded
and another badly injured as they walked
to a Christian school in Indonesia.
They were walking through a cocoa plantation
near the city of Poso in central Sulawesi
province when they were attacked.
This is an area that has a long history
of religious violence between Muslims
and Christians.
A government-brokered truce has only partially
succeeded in reducing the number of incidents
in recent years. Police say the heads were found
some distance from the bodies.
(BBC News 29 oktober 2005)
Upplagd av hcp kl. 12:20