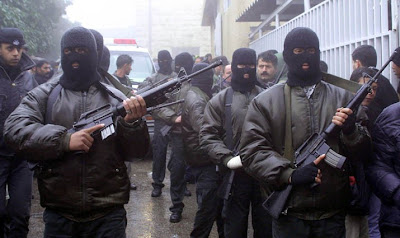 The identity of all six people thought
to have been killed by terrorist
suspect Abdelkader Belliraj
has now been established.
**
Usually Belliraj acted on his own,
preferring to use a 7.65 mm revolver.
Sometimes he was assisted by Bekti,
an accomplice who is now also under
arrest in Morocco.
**
The Moroccan authorities have established
that it was Belliraj who gave the orders.
He made his confession after
he was confronted with evidence
provided by other accomplices.
In his confession he admitted killing
the imam and the librarian of
the grand mosque in Brussels in 1989.
**
Later he murdered Dr Joseph Wybran,
the president of Jewish organisations in
Belgium as well as the odd jobs man at
the Saudi embassy in Brussels.
Raoul Schouppe, a Jewish greengrocer
who worked in the neighbourhood of
the Brussels South station was also killed.
**
It was in this area that Belliraj met
his sixth victim in a café, a 53-year-old
gay man.He says he killed him
because the man made sexual advances.
He later dumped the body in
Braine-le-chateau in Walloon Brabant.
Investigators are now compiling
information about all the killings.
They will then travel to Morocco.
It is possible that Belliraj
will be tried there for
the killings committed in Belgium.
(FlandersNews.be)
Upplagd av hcp kl. 21:32