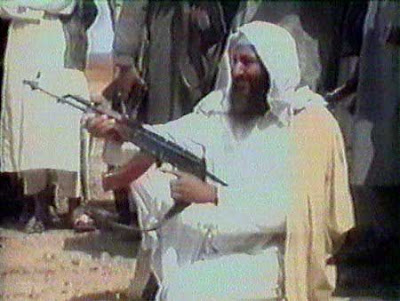 Den holländska säkerhetstjänsten AIVD följer
i spåren på bl a de tyska, österrikiska och
schweiziska tjänsterna som ger ut årsrapporter
med innehåll.
Tyvärr fortsätter SÄPO på den brittiska linjen och
publicerar enbart snömos.....
***
Ett litet utdrag ur AIVD:s årsrapport:
Jihadist terrorism remains a threat to the Netherlands.
Below is a summary of the main international developments
associated with this phenomenon in 2008:
• The Netherlands and Dutch interests constitute preferred
targets for internationally active jihadist networks;
• These networks appear to have placed greater emphasis
upon Western targets;
Reasons for this shift in focus include declining sympathy
for the groups concerned, both within their own ranks
and amongst their potential support base, due to the fact
that most victims of their attacks in the Islamic world
are Muslims;
• Al-Qaeda’s ability to commit and direct terrorist attacks
has increased in recent years;
• The AIVD received a growing number of indications that
individuals from Europe are receiving military training at
camps in the Pakistan-Afghanistan border region.
This could increase the ability of (core) Al-Qaeda and its
allies to commit or direct attacks in Europe.
**
The main developments related to jihadist terrorism in
the Netherlands in 2008 were as follows:
Local Autonomous networks still appeared to be divided
and to lack leader figures;
• Through the Counterterrorism Infobox, the AIVD supplied
the Immigration and Naturalisation Service (Immigratie-
en Naturalisatiedienst, IND) with information which resulted
in a number of jihadists being successfully dealt with under
immigration law;
• Several members of national and international jihadist
networks under AIVD investigation were arrested during
the year, in some cases as a result of official reports from
the service;
• During the night of 18-19 January 2008, members of a
jihadist terrorist cell were arrested in Barcelona.
The AIVD had information that a person directly associated
with this group was in the Netherlands on a student visa and
had been ordered to carry out an attack (possibly a suicide
bombing) in Germany. That person was arrested and in
August 2008 was handed over to the Spanish authorities.
***
Läs hela rapporten
***
Se också AIVD-rapporterna
The radical dawa in transition,
The rise of Islamic neoradicalism
in the Netherlands
**
Violent jihad in the Netherlands
**
Saudi influences in the Netherlands
- links between the Salafist mission,
radicalisation processes and Islamic terrorism
Upplagd av hcp kl. 13:00